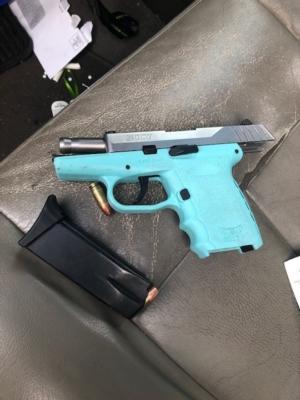 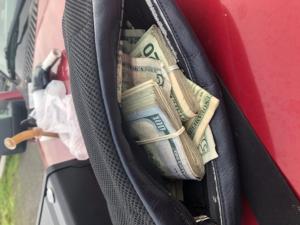 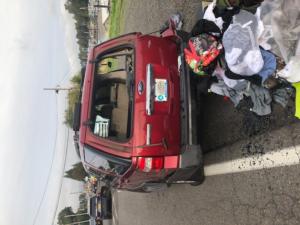 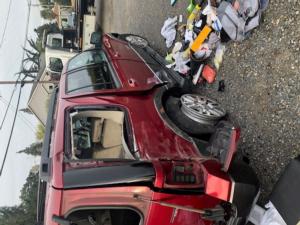 On Tuesday, October 12, 2021, at 7:36 a.m., North Precinct Officers were dispatched to a report of a driver unconscious in a vehicle. The vehicle had crashed onto the curb. Medical personnel arrived on scene first and advised they saw the driver with a gun, money and drugs. As an officer arrived, the driver pulled away, traveling very slowly and swerving. After additional officers arrived, they attempted to stop the vehicle, but it took off into oncoming traffic. Officers deployed spike strips successfully. The vehicle travelled out of sight and no pursuit was initiated.

Officers checked the area and located the vehicle soon after, traveling very slowly without tires. An officer performed a Pursuit Intervention Technique near Northeast First and Bridgeton Road. Due to the presence of a firearm, officers broke out the back window of the vehicle with less lethal munitions to help them see and communicate with the suspect. The suspect ignored commands, started swallowing pills, appeared to be communicating with someone on the phone, and was reaching all over the car. An Enhanced Crisis Intervention Officer gave clear and concise force warnings and directions. After a brief standoff, the suspect started to get out of his car, but then reached back toward the driver side seat with one hand. An officer deployed less lethal munitions and the suspect complied with commands and was taken into custody without additional force.

Officers recovered a gun under the driver seat. Approximately $4,300 in cash and various pills were also located. An investigation into the SUV found it was stolen. Officers have also written a warrant to investigate a safe that was located inside the vehicle.