Suspect Eluding Traffic Stop is Arrested, Charged with Robbery from Day Before (Photo) 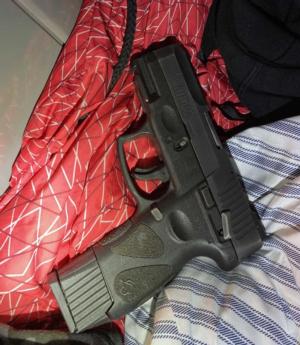 A reckless driver who eluded a traffic stop was arrested and later connected to a previous armed robbery.

On Tuesday, October 19, 2021 at 8:41p.m., East Precinct officers were dispatched to a report of a robbery in a parking lot in the 8400 block of Southeast Foster Road. The victims, five teenage girls, reported that a suspect approached them as they sat in a parked car, threatened them with a gun, then robbed them. The suspect left the scene and was not immediately located. But a suspect vehicle description was obtained and distributed to other officers.

On Wednesday, October 20, 2021 at 11:06p.m., a motorcycle officer returning from training saw a vehicle speeding at an estimated 100 miles per hour southbound I-205 at about East Burnside Street. He was concerned the driver would not stop for him, so he requested additional resources while following the car from a distance. Officers recognized the description of the vehicle and believed it was connected to the previous day's robbery.

When resources were in place, officers attempted a traffic stop. The driver did not yield. The officers did not pursue but the Air Support Unit followed the suspect vehicle and gave updates to officers on the ground. Officers were able to deploy spike strips and deflate at least two of the vehicle's tires. The driver continued to drive on flattened tires until he got to an apartment complex in the 2600 block of Southeast 162nd Avenue (photo). The driver and a passenger ran from the vehicle so officers set up a perimeter around the area. Because the suspect was believed to be armed, the Special Emergency Reaction Team and Crisis Negotiation Team were called to the scene. Officers later confronted the suspects in an apartment, where they surrendered. A gun was seized as evidence (photo).

Robbery detectives responded and later booked Luis A. Uchin-Lopez, 19, of Portland, into the Multnomah County Detention Center on charges of Robbery in the First Degree, Unlawful Possession of a Firearm, Attempt to Elude By Vehicle, and Unauthorized Use of a Vehicle. The other detained subjects were not charged with crimes.