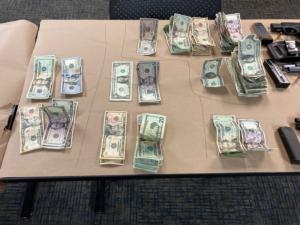 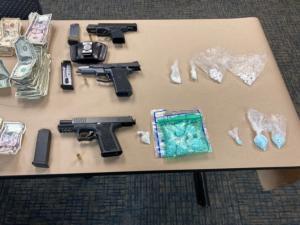 On November 16, 2021, Central Precinct Officers partnered with the Central’s Neighborhood Response Team (NRT) and Central Bikes to address a sharp escalation in community and business complaints of increased criminal activity concentrated in the North Park Blocks. While conducting this mission, officers observed a high volume of drug-related activity concentrated around a specific tent.

Based on observed drug use around, and originating from within the tent, officers established Probable Cause to believe the owner was engaging in Distribution of a Controlled Substance. The officers conducted further investigations into the tent and its occupants, at the end of which they had seized three (3) guns, 91.1 grams of fentanyl pills, 22 grams of crack cocaine with packaging, suspected stolen property, and $1,243.