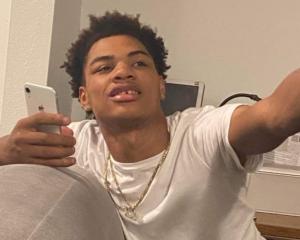 The victim in this homicide is identified as Keion Cordell Howard, 19, of Portland. His family has been notified, and they provided the attached photograph for public release.

A man has died after a shooting in the Bridgeton Neighborhood.

On Saturday, December 4, 2021 at 6:01p.m., a North Precinct officer was on a car accident call at North Marine Drive and North Force Avenue when an unrelated vehicle pulled up and the occupants alerted him that someone had been shot. The officer saw a male in the car was seriously hurt. He called for medical and other officers responded to assist. The officer began performing CPR on the victim in an attempt to save his life. Paramedics arrived and continued lifesaving measures, but he was deceased at the scene.

Officers were alerted to a shooting in the 1000 block of North Anchor Way and believe the victim was shot at that location.

Portland Police Homicide Unit Detectives are at the scene to investigate the death. During the investigation, North Marine Drive is closed between Interstate-5 and North Portland Road. No arrests have been made. If anyone has information about this incident, please contact Detective Tony Merrill Anthony.Merrill@portlandoregon.gov 503-823-4033 or Detective Brian Sims Brian.Sims@portlandoregon.gov 503-823-2079.