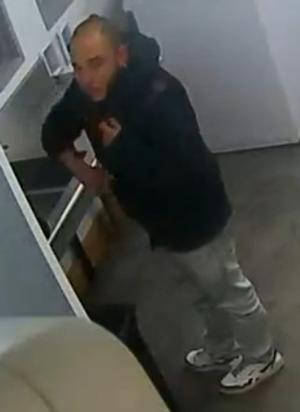 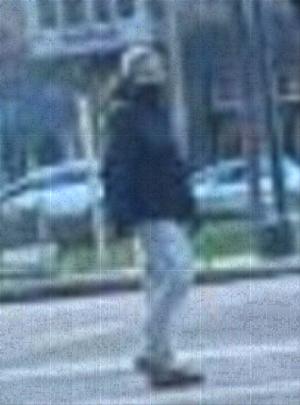 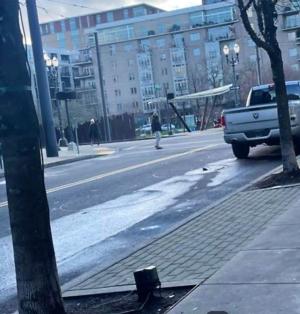 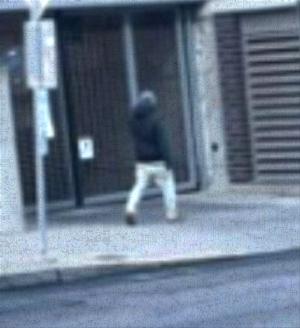 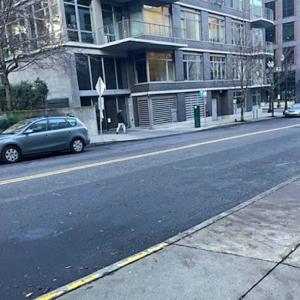 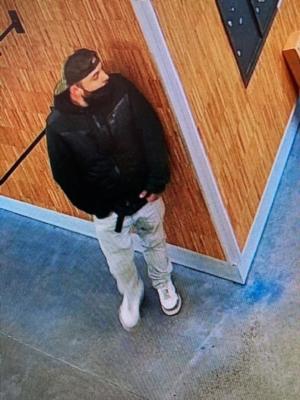 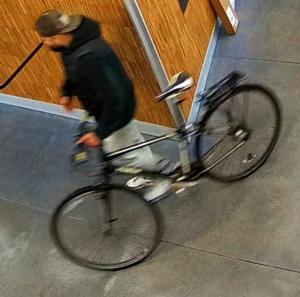 This afternoon, an alert community member called 911 after seeing a man she recognized as the suspect of the foiled kidnapping. After a brief search, officers found the suspect in the area of Northwest 10th Avenue and Northwest Davis Street. Erick Alexander, 30, was arrested and charged with Kidnapping in the Second Degree. Detectives have been able to connect Alexander to four other instances, which occurred the day before and the day after the kidnapping, in which members of the community were troubled enough by his behavior that they called 911.

Erick Alexander has been booked into the Multnomah County Detention Center on the Kidnapping II charge, and an unrelated warrant.

The attached images of the suspect were taken from a surveillance system in the Pearl District Neighborhood on Monday, December 13th, the day before the kidnapping attempt. Some of his clothing items are different, although his coat, pants, and shoes appear to be the same. In addition to the previous description released, the suspect appears to have a shaved head or possibly close-cropped haircut, a small ponytail, and sideburns and facial hair along his jawline. He was seen with a black bicycle (photo) with a black and white seat and cargo rack. If anyone has information about this suspect, any suspected crimes that may involve him, or any other surveillance footage, please contact Detective Michael Schmerber at Michael.Schmerber@portlandoregon.gov or 503-823-0991.

On Wednesday, December 15, 2021, East Precinct officers responded to a report of a possible kidnapping attempt at about 5:45p.m. at Southeast Powell Boulevard and Southeast 125th Avenue. The victim, a 10-year-old boy, was unhurt. His mother reported that she was walking with her kids when a suspect approached and grabbed the boy by the arm. The mother yelled at the suspect and he walked away. She provided a description to the officer and it was consistent with the description of the Pearl District suspect. However, there is not enough information to definitively say that it is the same suspect. The case remains under investigation.

Additional information will be released as appropriate.

A second concerning incident has come to light that is believed to be the same suspect as the Pearl District attempted kidnapping case.

After PPB released information yesterday, we were contacted by a mother who said she also had a confrontation with a suspect that matches the description of the suspect. She reported that on Tuesday, December 14, 2021 at about 2:30p.m., roughly 30-45 minutes before the previously released incident, she was pushing her baby in a stroller on Northwest Northrup Street between Northwest 9th Avenue and Northwest 10th Avenue. She said a suspect matching the same description approached her and followed her, even when she crossed the street to get away from him. She confronted him and he eventually walked away. She took the attached photographs of the suspect.

The report increases our concern that this suspect may have been in the neighborhood for a while targeting other victims. If anyone has access to surveillance camera recordings in the surrounding neighborhood, we ask that they review footage from about 2:00p.m to 3:20p.m. to see if better images of the suspect might have been captured. Anyone with video or any other information about this case, please contact Detective Michael Schmerber at Michael.Schmerber@portlandoregon.gov or 503-823-0991.

The Portland Police Bureau is alerting the community of an attempted abduction of a 6-year-old boy in the Pearl District Neighborhood this afternoon and requesting help from the public identifying the suspect.

On Tuesday, December 14, 2021 at 3:18p.m., Central Precinct officers responded to a report of a kidnapping call in the area of The Fields Park, 1099 NW Overton Street. Officers learned that a suspect tried to grab a 6-year-old who was walking with his father. The father fought off the suspect and the suspect ran away. Officers searched the neighborhood for the suspect but was unable to locate him. The boy and his father were unhurt.

The suspect is described as a Hispanic male, 20-30 years old, 5'1" to 5'3" in height, heavyset, dark hair, wearing a black hoodie and white wash jeans, a grey beanie hat with a ball on top, and black and white shoes.

Officers located surveillance video of the incident and screenshots are attached. They're also looking for any additional witnesses and/or surveillance video and photographs. If anyone has information about this suspect or this case specifically, please e-mail crimetips@portlandoregon.gov and reference case number 21-348356. PPB is unaware of any other such incidents, but encourage anyone who had a similar experience to report it by calling 911 if it's an emergency, otherwise police non-emergency at 503-823-3333.