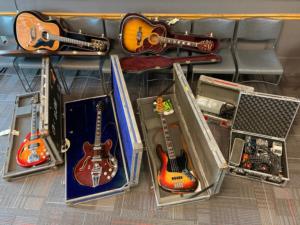 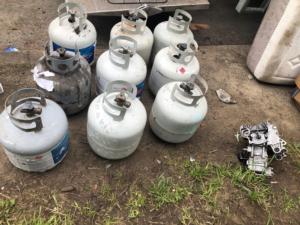 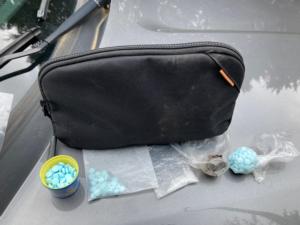 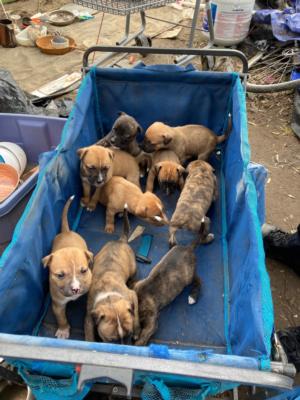 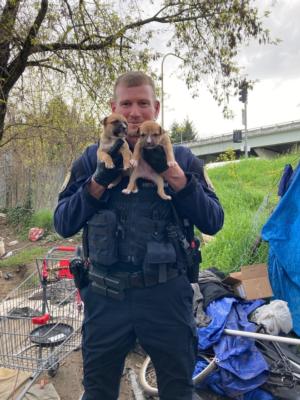 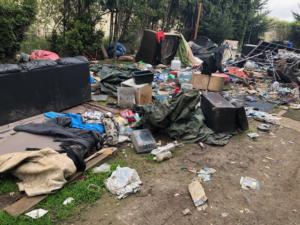 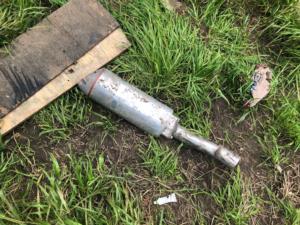 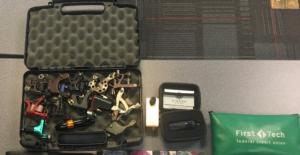 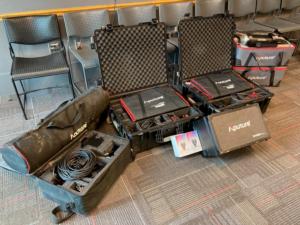 The North Neighborhood Response Team investigation continues to reunite suspected stolen property with the rightful owners after a recent camp abatement. So far, officers have identified the owners of the following items and returned them:

* More than $10,000 worth of LED lighting equipment taken in a burglary in early April in North Portland

* Tattoo machines and artist portfolios stolen in a burglary in Tigard in mid-April. Thanks to Grizzly Tattoo for helping us locate the impacted tattoo artist!

* A steel drum, saxophone, and instrument cases worth more than $5,000 taken in a vehicle prowl in North Portland in mid-April. This involved a person who was moving from California to Washington State with a stopover in Portland who found their items stolen from a U-Haul. There is still one saxophone in a hard case and other personal items missing from this incident.

This remains an ongoing investigation and investigators are trying to identify any suspects who may be involved in the burglaries and thefts. There are also three recovered laptops with identifying information the officers are working to get returned to the owners, including two local school districts.

The investigators were able to quickly identify the rightful owners of several items because the owners had contact information or unique identifiers on the items. We encourage community members to photograph or write a list of serial numbers for their valuables in the event of a theft and mark them with identifiers whenever possible. If you are the victim of a theft, please report the crime at: https://www.portland.gov/police/police-report-online-submission

“Getting these items back to the owners is very meaningful for our investigators and the owners because it means they can continue their passion and their livelihood,” said Commander Tina Jones. “Many of these cases are impacting small business owners, musicians, and artists who rely upon these items to provide service and bring joy to our community.”

***Original Message Below***
On Thursday, April 28, 2022, the North Precinct Neighborhood Response Team (NRT) worked with two patrol district officers to abate a camp by the I-405 onramp near North Kerby Avenue. Recently, there has been a homicide and a number of stolen vehicles recovered in the area near the camp. The night shift district officer has been working several investigations related to criminal activity associated with the camp and collaborated with the NRT Officers to come up with a plan to address the public safety threat posed by the criminal activity.

During the abatement, officers recovered 5 of 6 stolen guitars and other equipment taken in a April 18, 2022 theft from The Brian Jonestown Massacre band that was touring in Portland. These guitars are reportedly from the 1960’s and have enormous sentimental value and are not easily replaceable, according to members of the band. Additionally, Officers located and recovered a stolen Subaru, suspected Fentanyl pills and drug paraphernalia, damaged car parts, including a catalytic converter, and other brand-new property suspected of being associated with thefts or burglaries. This remains an on-going investigation as the team attempts to identify rightful property owners and potential suspects.

During the clean-up, officers encountered a large litter of 3-week-old puppies with the owner. They were being well-cared for and the owner had a plan to take them to another location.

“I am extremely proud of the efforts of our dedicated district and NRT officers who worked together to address this criminal base of operations,” said North Precinct Commander Tina Jones. “We are happy to be able to locate and reunite valuable and sentimental items with their rightful owners and hope the actions taken improve public safety in this area. The conditions of the area were deplorable and a public safety hazard. We also appreciate our partners who assisted in cleaning up the detritus to improve the condition of our city.”

The North Neighborhood Response Team focuses on livability issues and works with a variety of partners to identify opportunities to problem solve and increase public safety.