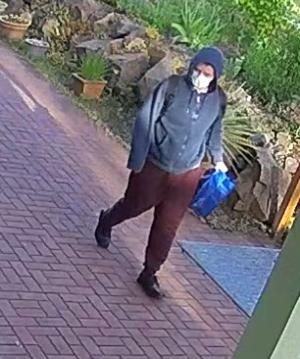 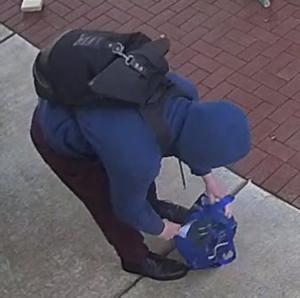 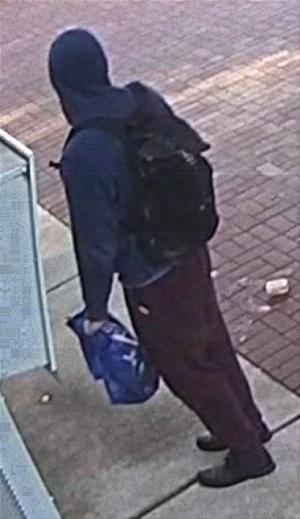 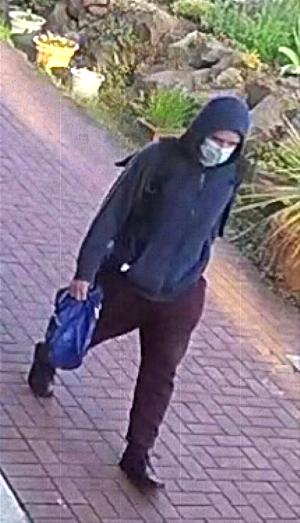 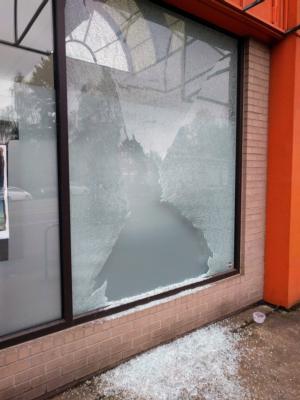 A suspect has been arrested in connection with these arson and vandalism cases at houses of worship.

Michael E. Bivins, 34, of Portland was booked this morning into the Multnomah County Detention Center on the following cases and charges:

Additional investigation is ongoing and further charges are possible. PPB detectives have also been in contact with federal authorities regarding these cases. If anyone has information about Bivins or any of these crimes, they're asked to contact Detective Meredith Hopper at (503)823-3408 or meredith.hopper@portlandoregon.gov . Please refer to case number 22-118101

The same suspect involved is believed to be connected to a recent broken window vandalism. The ongoing investigation revealed that a large window pane was broken on April 30, 2022 at about 10:30p.m. at the Congregation Shir Tikvah/Eastside Jewish Commons at 2420 Northeast Sandy Boulevard.

Arson Investigators continue to work on this case and are requesting public help to identify the suspect. No new photographs are available at this time, but if anyone can identify the suspect they're asked to contact Detective Meredith Hopper at (503)823-3408 or meredith.hopper@portlandoregon.gov . Please refer to case number 22-118101.

Here is a copy of the surveillance video of the arson suspect: https://youtu.be/PoXAqnblvqw

Video is being released by the Portland Police Bureau for public distribution to further a criminal investigation and broadcast usage rights are granted.

The Portland Police Bureau is asking for the public’s help to identify an arson and possible bias crime suspect.

On May 3, 2022, at around 6:48pm, an individual was captured by surveillance cameras pouring an undetermined type of accelerant on the back of the Muslim Community Center of Portland’s building, then lighting the substance on fire. After unsuccessfully starting the building on fire, the suspect tried a second time. Fortunately, there was only minor damage to the structure. Portland Police Bureau's Arson Investigator and a Portland Fire & Rescue Investigator are working together to investigate this crime.

MCC is located at 5325 North Vancouver Avenue. If you were in the area at the time of the attempted arson and believe you have pertinent information, or if you recognize the pictured individual, please contact Detective Meredith Hopper at (503)823-3408 or Meredith.hopper@portlandoregon.gov . Please refer to case number 22-118101.