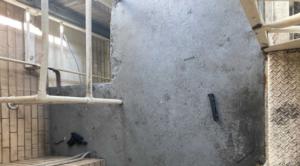 On Thursday, May 19th, at 12:39 p.m., officers from the Central Precinct responded to an armed robbery call in the 100 block of Northwest Broadway. The victim, who worked at a business there, reported to officers that a suspect had entered the store, pointed a gun at him and demanded money. The victim showed the suspect the empty cash drawer, at which point the suspect demanded the victim’s property. The suspect took the victim’s wallet and iPhone.

With the assistance of the victim, officers were able to track the cell phone to the area of Southwest 3rd Avenue and Southwest Pine Street. Officers reviewed surveillance videos from TriMet and local businesses and were able to see the suspect enter into the Embassy Suites Hotel but then leave again. Officers spoke with hotel security and found that the suspect was familiar to them.

Just before 5:00 p.m., officers were called by hotel security and told that the suspect had returned. Officers responded to the area and attempted to contact the suspect, who ran and disappeared into the hotel. Shortly after, a fire alarm inside the hotel was activated and officers responded to that location. Once there, officers found and recovered a fake pistol on the fire escape.

A short time later, a guest in the hotel reported that someone had broken into his room and stole some items, including a distinct backpack, which had an Apple AirTag attached to it. Again, with the help of another victim, officers were able to track the suspect into North Portland. A deputy from the Multnomah County Sheriff’s Office and officers from the North Precinct located the subject, with the backpack, in the area of North Interstate Avenue and North Killingsworth Street. Officers attempted to stop the subject but he ran on foot. Officers chased him to the 5800 block of North Minnesota Avenue where they were able to take the suspect into custody.

The suspect was identified as 39 year-old Justin Lee Johnston. Johnston was lodged at the Multnomah County Detention Center on charges of Robbery in the Second Degree and Burglary in the First Degree.