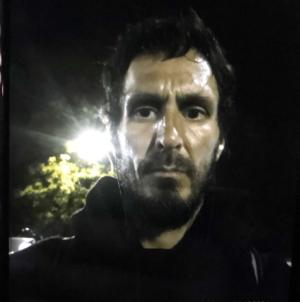 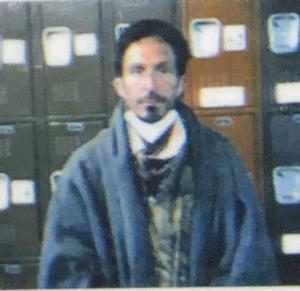 A man arrested for crimes including assault has not been identified, and the Portland Police Bureau is asking the public for help with the case.

On Thursday, June 9, 2022, at 7:52p.m., Portland Police officers working a special detail at Providence Park, 1844 Southwest Morrison Street, were alerted that security guards were in a physical altercation with a person trespassing inside the venue, which was being used for a high school graduation. The officers assisted with arresting the suspect. After an investigation, officers determined that the suspect had entered the venue without a ticket, sprayed attendees with a bottle of hand sanitizer, and knocked over and severely damaged a professional grade video camera. When security guards asked him to leave, the suspect assaulted two of them.

At the time, officers attempted to identify the suspect (photos), but he would not provide his name or allow his fingerprints to be taken. Officers transported him to the Multnomah County Detention Center as an unidentified "John Doe" suspect. He was charged with Assault in the Fourth Degree (2 counts), Criminal Trespass in the First Degree, Resisting Arrest, Harassment (2 counts) and Criminal Mischief in the First Degree.

Doe was released for the purposes of obtaining medical care and has still not been identified. See attached photographs. If anyone has information about him, especially his name and date of birth, they're asked to e-mail crimetips@portlandoregon.gov and reference case number 22-154269.