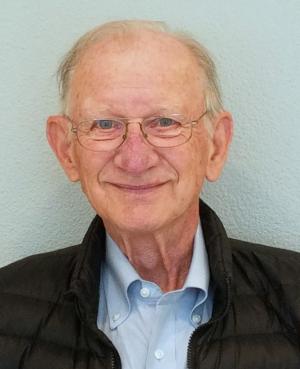 One of the victims in this June 25th attack has died. The Portland Police Bureau was notified that the victim, Donald A. Pierce, 82, died at the hospital Thursday night. An autopsy was conducted by the Medical Examiner's Office and his death determined to be a homicide by blunt trauma. The victim's family provided the attached photograph for public release, but is asking for privacy and is declining interview requests.

The other victim has been treated and released from the hospital.

The suspect, Keffer White, is already in custody and additional charges are pending.

The Portland Police Bureau Homicide Unit is now primary on the case. If anyone has information about this incident and has not already spoken to investigators, please contact Detective Jennifer Hertzler at Jennifer.hertzler@portlandoregon.gov or 503-823-1040 and reference case number 22-169912.

On Saturday, June 25, 2022 at 8:29p.m., Central Precinct officers and a sergeant were on a call in the area of Southwest 5th Avenue and Southwest Hall Street when they came across an assault in progress. The officers immediately arrested the suspect and summoned paramedics to assist the victims. They were transported to a hospital by ambulance.

Witnesses and video evidence show the suspect attacked the two men without provocation and repeatedly punched and kicked both of them, including after they fell to the ground.

Assault detectives responded and investigated. They booked Keffer J. White, 29, into the Multnomah County Detention Center on charges of Assault in the Second Degree (2 counts) and an outstanding warrant. The Multnomah County District Attorney's Office is reviewing the case and additional charges are possible.