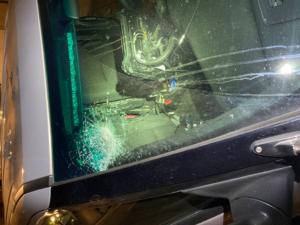 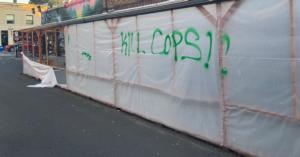 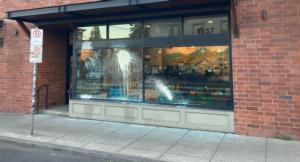 On Sunday, June 26, 2022, at 8:12p.m., Central Precinct officers responded to a group of people marching through Southeast Portland, near the areas of Southeast Belmont Street and Southeast Hawthorne Street. The march was a splinter group of a larger, peaceful demonstration which took place within Laurelhurst Park.

At one point during the event, Central Precinct officers attempted a traffic stop on a vehicle which had been observed to be involved in the march, impeding traffic along major roads. During the traffic stop, a group rushed toward officers, throwing fireworks and rocks at them and their vehicles. One rock made contact with a patrol vehicle, shattering the windshield. Based on the limited number of officers available citywide and the fact that police response to emergency calls for service was being significantly impacted, officers left the area and continued to monitor the situation.

Individuals who engage in violent activity or property destruction will be investigated and are subject to arrest and prosecution. Arrests do not always happen in the moment. PPB will continue to conduct follow-up investigations, make arrests, and forward cases to the Multnomah County District Attorney for prosecution. It is important to remember that although arrests are not always made at the scene, when tensions are high, this does not mean that people are not being charged with crimes later.

The Portland Police Bureau is asking businesses and community members who have surveillance cameras to review footage to see if they captured any evidence that may assist with the investigations. If anyone has useful footage, they're asked to e-mail crimetips@portlandoregon.gov and reference case number 22-170640.

If anyone sustained damage and has not been in contact with Portland Police, they're asked to make a police report by calling non-emergency dispatch at 503-823-3333 or online https://www.portlandoregon.gov/police/cor/ . Please reference case number 22-170640.