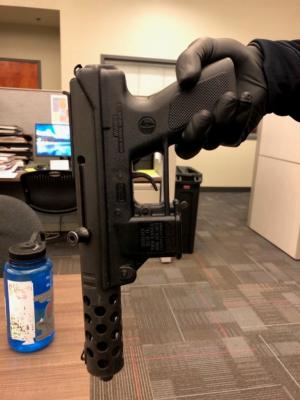 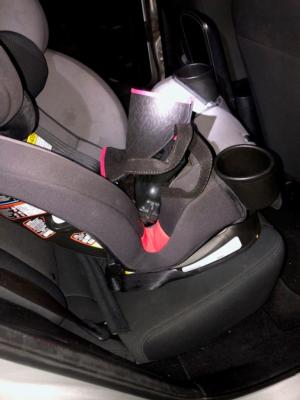 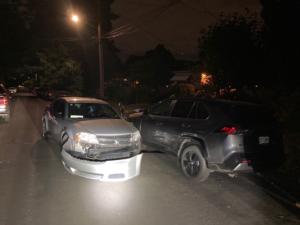 On July 21, 2022, at 11:19 p.m., officers from the North Precinct responded to a car crash in the 8000 block of North Hurst Avenue. When officers arrived they saw a silver vehicle in the middle of the street with the bumper detached and hanging off the car. The vehicle had hit an unoccupied parked car. Officers contacted the driver of the car who appeared to be impaired. Officers began an investigation into the crash and impairment and eventually took the driver into custody.

As the car was now a hazard and unable to be driven away, the car needed to be towed, which requires a vehicle inventory. During the inventory of the car by officers, a firearm and loaded magazine were found in a bag laying in a child’s car seat. The firearm was seized as part of the investigation.

31 year-old Damon Latrail McDonald was transported and booked into the Multnomah County Detention Center on charges of Felon in Possession of a Firearm and Driving Under the Influence of Intoxicants. In addition to criminal charges, McDonald was detained for a felony parole violation and issued a citation for Driving While Suspended, Driving Uninsured, and Failure to Install an Ignition Interlock Device.