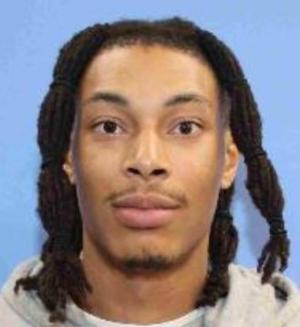 26-year-old Martre Tirik Oliver was arrested last night, September 27, 2022, by US Marshals in Renton, Washington. He is being charged with Murder in the Second Degree and Unlawful Use of a Weapon (Firearm) for the murder of his twin brother, Martese Oliver.

Questions regarding the extradition process should be directed to the Multnomah County District Attorney's Office.

The victim in this homicide has been identified as 26-year old Martese Oliver, who resided in the state of Washington. The Medical Examiner determined the cause of Mr. Oliver’s death was from a gunshot wound and ruled his death a homicide.

Mr. Oliver's family has been notified of his death and they are requesting privacy during this time.

A shooting in the Sumner Neighborhood has left a man deceased and is being investigated as a potential homicide.

On Sunday, September 25, 2022 at 3:24a.m., North Precinct officers responded to a report of a shooting outside of a hotel in the 8200 block of Northeast Sandy Boulevard. When officers arrived, they located an injured male. Paramedics responded and determined the man was deceased at the scene.

No immediate arrests have been made.

Detectives from the Portland Police Homicide Unit have responded to the scene and are investigating. During the investigation, access to some area parking lots is restricted. However, no public streets are closed.

The PIO is not responding to the scene. Additional information will be released when appropriate.