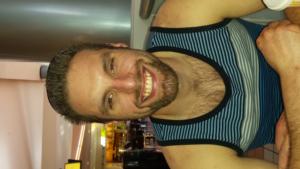 The victim in this Hazelwood Neighborhood homicide is identified as 35-year-old Dusty Baker, of Vancouver, Washington. The Medical Examiner's Office confirmed the manner and cause of death to be homicide by gunshot wound. Baker's family has been notified of his death, and they provided the attached picture for public release. Baker's family is asking for privacy at this time.

The victim will be identified after the medical examiner verifies his identity and family has been notified of his death.

A man was critically injured in a shooting in the Hazelwood Neighborhood.

On Friday, September 30, 2022 at 2:14a.m., East Precinct officers were notified of shots heard in the 200 block of Southeast 148th Avenue. A short time later, they were notified that a shooting victim had been taken to a hospital by private vehicle. East Officers responded with the help from Central Precinct Officers and began an investigation. They determined that the incident was related to the shots call and they located a crime scene at the original call location. The victim, an adult male, was critically injured.

Portland Police Detectives are responding to the scene to investigate. During the investigation, Southeast 148th Avenue is closed between East Burnside Street and Southeast Stark Street.