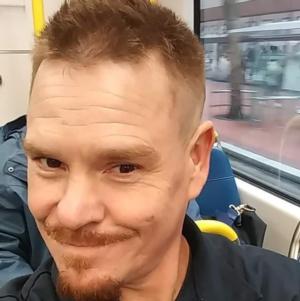 A suspect has been arrested in a murder case from November 13, 2022 in the Hazelwood Neighborhood, and the victim is being identified.

The victim is Brian W. Logan, 52. His family has been notified of his death and provided the attached photograph for public release. The medical examiner determined the manner and cause of death was homicide by gunshot.

Detectives identified a suspect and worked with the Multnomah County District Attorney's office (MCDA) to obtain an arrest warrant. In the early morning hours of Thursday, December 1, 2022, Portland Police Homicide Unit Detectives, assisted by the PPB Special Emergency Reaction Team (SERT), the Crisis Negotiation Team (CNT), and the United States Marshal's Service Fugitive Task Force, served the warrant in the 12000 block of Southeast Ash Street and arrested Thomas N. Tibball, 24, of Portland. Tibball was interviewed by detectives and booked into the Multnomah County Detention Center on the warrant for Murder in the Second Degree, Unlawful Use of a Weapon (firearm) and Felon in Possession of a Firearm.

The arrest of the suspect is a significant development, but is not the end of the investigation. Detectives continue to work with MCDA as the case moves into the prosecution phase. If anyone has information about this incident, please contact Detective Brad Clifton Brad.Clifton@police.portlandoregon.gov 503-823-0696 or Detective Tony Merrill Anthony.Merrill@police.portlandoregon.gov 503-823-4033 and reference case number 22-303199.

One man is deceased after a shooting in the Hazelwood Neighborhood.

On Sunday, November 13, 2022 at 1:33a.m., East Precinct officers were dispatched to the area of Southeast 122nd Avenue and Southeast Ash Street on a report of someone shot. Officers located a victim. Paramedics transported to the victim to the hospital by ambulance where he died.

No arrests were immediately made and no suspect information is being released.

Portland Police Homicide Unit Detectives are responding to the scene to investigate. During the investigation, Southeast Ash Street is closed between Southeast 119th Avenue and Southeast 122nd Avenue.

The PIO is not responding to the scene. Additional information will be released when appropriate.