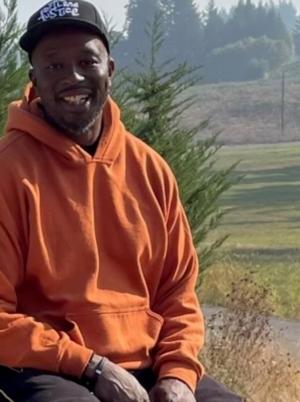 The victim from this homicide has been identified as 45-year-old Raja McCallister from Portland. The Medical Examiner determined the cause of his death was from gunshot wounds and the manner of death a homicide. The family has been notified of his death and provided the attached photo for the press release.

On November 24, 2022, 63-year-old Teddy Wayne Hall SR was booked into the Multnomah County Detention Center after being located and arrested by Portland Police Bureau Detectives. Hall has been charged with one count each of Murder in the Second Degree and Unlawful Use of a Weapon.


On 11/23/2022 at approximately 7:53 p.m. officers from the Central Precinct responded to the 4200 block of Southeast 37th Avenue in the Creston-Kenilworth neighborhood on a report of a person shot.

Officers arrived and located a victim. Despite attempting life saving aid, the victim was declared deceased at the scene. Investigators from the Homicide Detail responded to take over the investigation.