The Oregon Legislature unanimously passed HB 4054 during the 2018 session, allowing the City of Portland and the Oregon Department of Transportation (ODOT) to enter into an Intergovernmental Agreement (IGA) to provide consistent practices to remove personal property and trash associated with homeless camps located along ODOT highways and on ODOT-owned rights-of-way. The IGA allows the City to implement its current set of best practices for cleanups along ODOT highways in addition to City-owned properties and rights-of-way.

The following map indicates the phased approach that the City will use to manage the cleanup along ODOT highways. 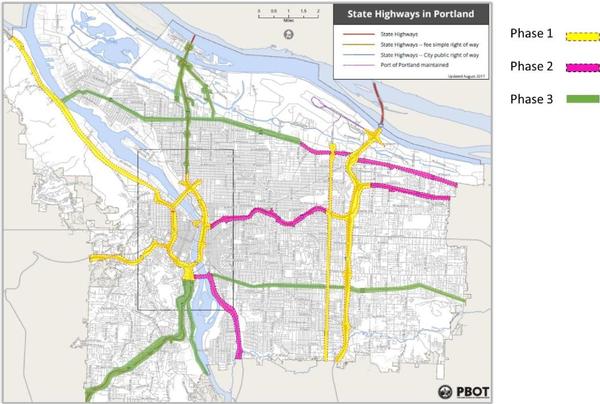