From 4x4s to studded bike tires, snowshoes, and a lot of telecommuting I feel very confident in Commuter Central readers - when Snowmaggedon 2011 strikes, you will most certainly be ready!

With no further ado, here are our "Grand Prize" winners:

Debbie N - Who told us she prefers to stay home and telecommute, but when she has to get to the office during the snow, she's looking for someone else to drive.  Smart lady!

Snow won't stop commenter Nhu, who told us she plans to use TriMet or if it gets too crazy out there she'll "strap on the boots and as Bob Marley says 'let my feet be my carriage'"  Bob Marley in snow boots, hmmmm....

Commenter Marlena said she doesn't care if it's snowing, raining, sunning, or anything in between.  She's parking and riding that Green Line MAX train all the way to work.  Kudos for consistency Marlena!

I won't list all 20 Commuter Central readers who won a free download of the Bike Map app - they've all received emails from Steve Jobs himself already!

Stay tuned for the next blog promo where we'll give away more incentives for commuting smart! 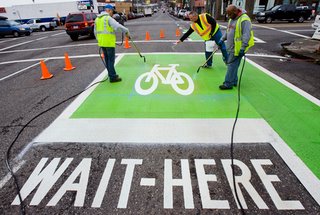 As reported by Sara Mirk in the Portland Mercury, a new study from the Political Economy Research Institute found that bicycle and pedestrian projects are larger job generators than road projects of equal project cost.

One of our Safe Routes organizers here is shifting down to part time, so we've got a new part-time opening. Want to join the Safe Routes team? 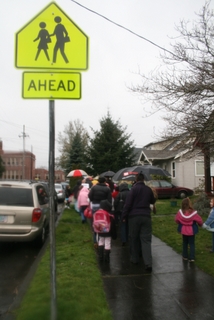 The Position: The City of Portland is seeking to hire a part-time Transportation Demand Management Specialist I position for the Safe Routes to School (SR2S) Program. SR2S is a community-based program that works to increase the number of school-aged children walking and biking to school. This position will work with parents, students, school staff and partner organizations in schools throughout Portland to develop and implement encouragement activities, education programs, and special events that promote walking and biking to school. Experience organizing within diverse communities and working with school-aged children is desirable. The ability to speak bilingually is also desirable. Minorities, women, and qualified individuals with disabilities are urged to apply.

For more information and to apply visit: http://bit.ly/emGIGY

Our Pedestrian Safety classes are in full swing in 40 schools across the city. 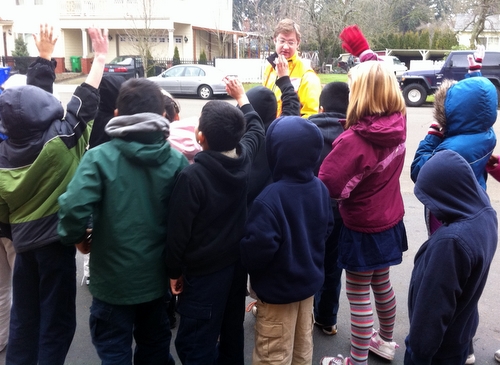 Our Pedestrian Safety classes are in full swing in 40 schools across the city. Here, Safe Routes instructor extraordinaire Carl Larson asks eager students at Rigler where the safest place is to cross the street next to their school.

There's less than a week left of January. Have you started work on 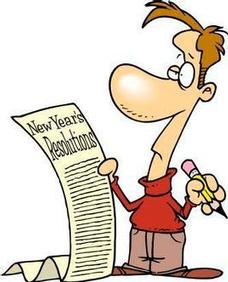 Count me among those who fill the page with resolutions only to recycle the list the following year.

Listed below are common NYR's themes from my unscientific survey of friends and colleagues along with Commuter Central's suggested solutions: