Journal of Urban Affairs looks at crime in neighborhoods before and after the installation of Charlotte, NC's light rail system.

Do transit stations increase crime levels? That was the question asked by academic researchers at the University of North Carolina.

As reported in the Atlantic Cities blog last week, the researchers looked at crime levels at four proposed locations for the Charlotte area's LYNX light rail system. Transit stations were eventually built in late 2007 at two of the sites.

Published in the Journal of Urban Affairs December issue, the researchers then looked at crime levels before and after the initial station site proposals. In addition, study authors examined crime after stations were eventually built at two of the four proposed locations.

All four sites saw crime significantly drop after the proposed stations were announced in 2000. Levels creeped up a bit afterward, but they stayed below pre-announcement levels.

After the Lynx line opened in late 2007, crime levels dropped at the two light rail stations. This led to researchers to conclude:

"While controlling for overall crime trends in the city utilizing two control transit corridors, our analyses indicate that the announcement of rail transit actually leads to a decrease in property crimes. Once the stations open, the crime decrease is maintained, and does not return to preannouncement levels. This dispels rail transit opponents’ notion that light rail breeds crime. In fact, we offer counter evidence that suggests light rail may actually impede crime."

Picture this: You're driving down the freeway at a crisp, clean 55 mph when you spot a few break lights ahead.  Naturally, you slow down to 40, 30, 20, and now you're stopped.  Bummer.

But what if you and all your fellow highway travelers knew that the traffic congestion was coming and all of you slowed down a mile before the choke point? You'd just hit the bottleneck 30 seconds later right?

Wrong.  In fact, if everyone slows down far enough before the congestion point the bottleneck might magically disappear.  As KATU explains in this article, vehicles and traffic are like rice moving through a funnel.  Pour the rice really fast and it backs up and overflows, pour the rice slowly and the kernels will pass right through and in less time.

In hopes of turning I-5 traffic into free-flowing rice kernels, the Oregon Department of Transportation (ODOT) will be installing variable traffic speed signs in a number of locations in the urban core.  If people driving follow the signs it should help ease congestion, reduce crashes, and shave some time and stress off the morning and evening commutes.  During less congested times the new signs won't operate.   This will be ODOT's second application of variable traffic speed signs; the Washington State Department of Transportation (WSDOT) is doing the same thing for a Seattle stretch of I-5.

It's a great idea that ODOT claims can reduce collisions and increase roadway capacity.  Considering the many costs (not just financial) to expand freeways or institute a congestion pricing project, variable speed limits signs could be a low-cost option that helps save a time, money, and headaches for highway users.

This Saturday at Rosa Parks Elementary School in North Portland, families and students can get their bikes tuned up for free!  Plus, exhibits on home weatherization, water and energy savings, and yard and garden care.

Free professional childcare and lunch is provided at all fairs.

If you haven't been to a Fix-It Fair, you owe it to yourself and your pocketbook to go.  This is great opportunity to connect with many great community resources all in one place.

Another mobile tool to provide you real-time transit info 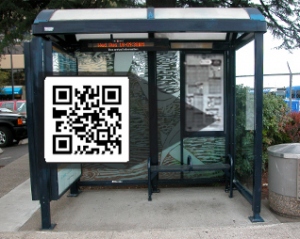 For those who need another way to find out real-time arrival info on your bus or train (in case Transit Tracker, auto-reply text message, TriMet's Mobile Site, and third party smart phone apps aren't enough options) TriMet's How We Roll blog reports that many of their bus stops offer another way for people to check real time availability on their smartphones.

Beginning last fall, TriMet began posting QR ("Quick Response") codes - those abstract black and white dot matrices that are popping up in print ads and posters - at is bus shelters.

By scanning the QR codes with your web-enabled smart phone, you can view schedules, an area map and real-time arrival information.

Aside from the smart phone with Internet service, one also needs to download QR software.

The world's biggest winter sports event comes to your city: what do you do?

Sustaining a Transportation Legacy from the 2010 Olympic Winter Games 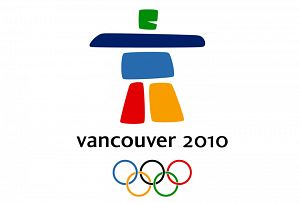 How do you plan for traffic when the world's largest winter sporting event comes to your city?

This was the challenge of the city of Vancouver. Attend this free lecture and learn about their success and its legacy on how people in Vancouver get around.