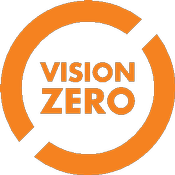 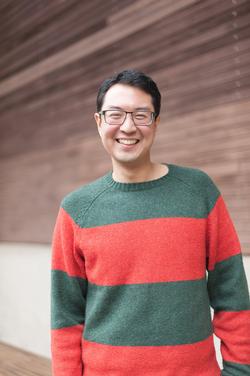 As a child of immigrants, Duncan Hwang grew up in Chinese restaurants in rural Michigan. He moved to Portland in 2004 to attend Lewis & Clark Law School. After graduating in 2007, Duncan worked throughout Asia in corporate law, but decided to return to his roots in community organizing and advocacy upon returning stateside. Duncan found a job at the Asian Pacific American Network of Oregon (APANO) on Idealist.org and now serves as the Associate Director, living and working in the East Portland neighborhoods he hopes to serve.  At APANO, Duncan has the privilege to advocate for the health, safety, and well-being of Portland's communities of concern. He is also a member of the City of Portland’s Vision Zero Task Force.

APANO is a statewide, grassroots organization, uniting Asians and Pacific Islanders to achieve social justice. APANO uses its collective strengths to advance equity through empowering, organizing and advocating with the communities they serve. A large portion of APANO’s priority communities reside very close to their headquarters along SE 82nd Avenue, but the organization works statewide to address disparities in health, education, and economic outcomes for their communities.

Called the “Avenue of Roses”, 82nd Avenue is designated by PBOT as a High Crash Corridor and it is designated by the Oregon Department of Transportation as State Highway 213. A major north/south connector route, the 82nd Avenue of Roses serves Portland’s busiest transit line and has a large pedestrian population utilizing the corridor. A sizeable portion of the corridor’s residents and businesses speak English as a second language. As the Vision Zero Task Force continues to examine methods for reducing serious injuries and fatalities in Portland, High Crash Corridors like 82nd Avenue are a major focus. 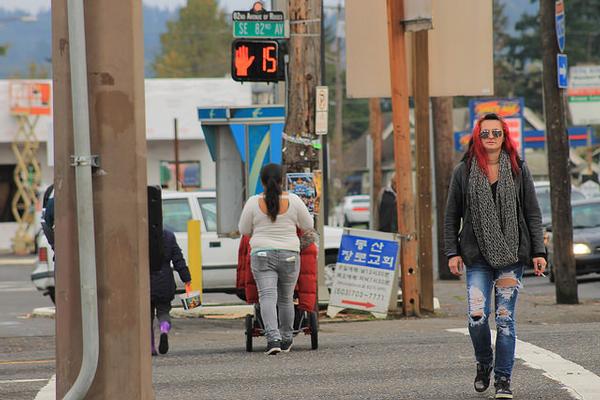 Twenty-five corridors make up Portland’s High Crash Network, streets with the highest number of people dying and being seriously injured.  The High Crash Network makes up only 7% of the road network, but accounts for 47% of people dying (Oregon Department of Motor Vehicles crash data, 2004-2013). From 2004 to 2013, ten people died in traffic crashes on 82nd Avenue, seven were people walking and one person was bicycling. In 2014, the intersection of SE 82nd Avenue and SE Division Street was the 7th highest crash location in Portland with a total of 124 crashes from 2011 to 2014.

Says Duncan, "SE 82nd is the most dangerous corridor in the City's pedestrian high crash network. With many Asian Pacific Islanders and other communities of concern now living along 82nd and other high crash corridors in East Portland, pedestrian safety and walkability has risen to the top of our concerns.”

APANO's community development program focuses on SE Portland, particularly the Jade District and Lents neighborhoods. They manage the Jade District Neighborhood Prosperity Initiative for the City of Portland, which is literally boxed in by high crash corridors: SE Division, SE Powell and SE 82nd Ave. During an extensive community visioning process and design charette done in five languages, the overarching community concern was walkability and safety.

“Our neighborhoods are facing a public health crisis in the form of unsafe and incomplete streets, with preventable injuries and deaths unnecessarily tearing apart our families. Many of our community members have been impacted by dangerous streets and Vision Zero is an initiative APANO has high hopes for.” Says Duncan, “Getting to Vision Zero is a major equity priority that we're excited the City is taking so seriously." 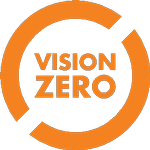 The City of Portland Vision Zero Task Force is charged with providing direction on the Portland Vision Zero Action Plan, including developing the vision, goals, policies, actions, and performance measures to get to zero traffic fatalities and serious injuries. In addition, Task Force members act as liaisons to the organizations and agencies they represent and will be ongoing champions for implementation of the Vision Zero Action Plan. Working together we will save lives.

Rally for presidential candidate Bernie Sanders expected to cause

(March 24, 2016)  – The Portland Bureau of Transportation advises the traveling public that a rally for presidential candidate Bernie Sanders is expected to draw large crowds to the Rose Quarter area tomorrow, Friday, March 25, and may impact the morning commute. People not attending the event should consider avoiding the area from 7 a.m. through 3 p.m.

PBOT encourages people attending the event to walk, bike or take transit to the Rose Quarter. Delays and congestion of for vehicle traffic and public transit are expected.

TriMet has advised the public to expect crowded buses and trains and possible delays in the Rose Quarter area from about 7 a.m. to 3 p.m. For information on impacts to TriMet service, check trimet.org/alerts.

The traveling public is advised that the Broadway Bridge remains closed to motor vehicles until Monday, April 11. The north sidewalk of the bridge is open for people walking and biking.

Doors will open at the Moda Center at 9:45 a.m. and the event is scheduled to begin at 12:45 p.m. Additional bike parking will be made available by the Rose Quarter for attendees. For additional information on the event see the Rose Quarter’s website: www.rosequarter.com

(March 30, 2016) -- The Portland Bureau of Transportation advises the traveling public that installation of a slide protection fence above an existing retaining wall on NW Cornell Road will require one lane to be closed today and Thursday from 9 a.m. to 2 p.m.

The work will occur between the tunnels on NW Cornell Road, east of the Audubon Society of Portland, 5151 NW Cornell Road. Flaggers will direct eastbound and westbound travelers to alternate using a single lane.

People driving cars should expect delays or use alternative routes.

We ask the public to travel cautiously, observe all lane closures and directions by reader boards and flaggers.

The sun is out, April is just around the corner, and with it comes plenty of excuses to get out and walk!

(March 31, 2016) Lace up your walking shoes and celebrate National Walk to Work Day on Friday, April 1. Walk to Work Day is an unofficial holiday observed on the first Friday of April. Years of medical research has shown that walking is one of the best ways to stay healthy and keep your body in shape. If you are unable to walk the whole way to work, take public transportation instead and then walk from the bus or train stop to your workplace. 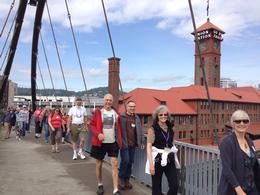 April 6 brings National Walking Day! National Walking Day is observed on the first Wednesday of the month and is a call-to-action for everyone to adopt healthy habits for an active lifestyle. Join coworkers, classmates, family, and friends – even the four legged kind – in taking the first step to becoming more active and pledge to take a walk toward better health.

And finally, National Walk@Lunch Day happens on Wednesday, April 27. Invite your coworkers or classmates to join you for a walk at lunch and help encourage a new daily walking routine that will improve your health step by step.

We encourage you to find ways to replace just a few driving trips per week with a walking trip. Walking is one of the easiest, most effective activities you can do to improve your health. The American Heart Association recommends 30 minutes of walking a day – and it doesn’t all have to be at once. By walking to your neighborhood grocery store, coffee shop, school, park, bus stop, or even a friend’s house, you’ll be on your way to a healthier lifestyle, a healthier community and a healthier you!

If you’d like some inspiration for your next walk, check out PBOT’s series of Neighborhood Bike/Walk Maps. You’ll find public art, local parks, heritage trees and other attractions listed – plus every school and library in your area, grocery stores and water fountains, and even all the bus stops. And beginning in May, hop aboard the Ten Toe Express, which are our series of guided walks that show off great Portland neighborhoods at a comfortable pace.