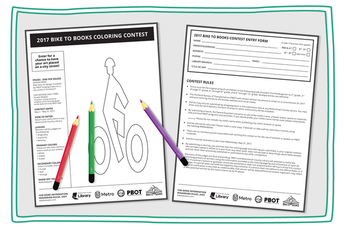 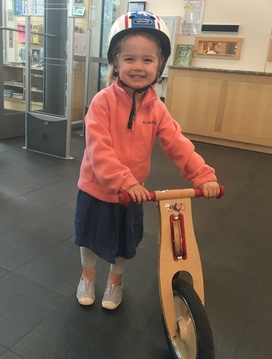 (May 2, 2017) The Portland Bureau of Transportation advises the traveling public that surveying for upcoming safety and public transit improvements will require on-street parking to be restricted for a few hours on SE Division on Wednesday and Thursday morning.

The effort will save time and money for transportation improvements, by allowing the data to be shared by PBOT and TriMet as the agencies design upcoming projects. Removing parking to scan the street will help reduce the need to close travel lanes or sidewalks for surveying. Engineers making plans for upcoming improvements will use a car-mounted camera to gather comprehensive survey and mapping data of the right-of-way, gathering the precise locations of curbs, sidewalks and storm drains. 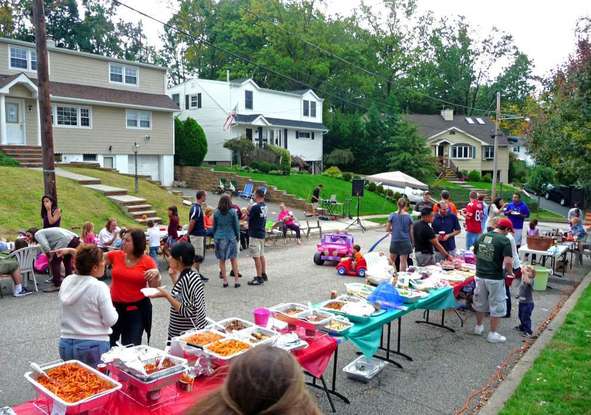 (May 3, 2017) Spring is finally here and that means it's time to start planning for your summer block party! Block parties are great for community-building. There is no better way to get to know your neighbors than by opening up your street for a potluck, barbecue, dance party or any other creative ideas you have to bring people together!

Ready to start planning? The first step to a successful block party is applying for a permit from the Portland Bureau of Transportation (PBOT) to safely open your block for people of all ages to gather, play and enjoy a car-free street.

To that end, PBOT is excited to announce some changes this year that will make throwing block parties easier than ever:

Go to www.pbotblockparty.com to find everything you need to apply for your block party! Our site will direct you to our new online application and payment portal, and translated paper applications.

Have questions? Want to learn more about the Block Party program?

(May 16, 2017) The Portland Bureau of Transportation advises the traveling public that installation of new traffic signals and repaving a busy intersection will require overnight closures of SE Belmont Street at SE Cesar E Chavez Blvd overnight Friday night. SE Cesar E Chavez Blvd will be open for travel at all times, but lanes will be reduced from four to two during the work hours.

As part of the project, the contractor will repave the intersection. The paving work will take place overnight, from 10 p.m. on Friday, May 19, until the work is completed, potentially as early as 5 a.m. on Saturday, May 20. The work has been scheduled to minimize the impact on the traveling public.

Eastbound and westbound SE Belmont Street will have detours from 10 p.m. on Friday through 5 a.m. on Saturday. Travel on SE Cesar E Chavez Blvd will remain open, with one lane in each direction. The paving work during this time will occur in 2 phases, with different detours for each phase. The detours are as follows:

After 5 a.m. on Saturday until the work is completed, there are expected to be no detours. Flaggers will accommodate one lane of travel for east and westbound traffic on SE Belmont St.

(May 17, 2017) This Sunday, May 21 from 11 a.m. to 4 p.m. the City of Portland Sunday Parkways presented by Kaiser Permanente begins its 10th anniversary season in Southeast neighborhoods. This family-friendly free event organized by the Portland Bureau of Transportation is a great way to get the whole family out on a bike ride or walk for healthy, fun activity kicking of the second next decade of Sunday Parkways.

Sunday Parkways is a favorite annual event for Dr. Rowena Manalo, Chief of Family Medicine at Kaiser Permanente Northwest. She and her family have enjoyed many rides and they are particularly excited to celebrate the 10th anniversary season, which will include a special Passport to Health sticker hunt with prizes, a community appreciation party, and a new route in outer Northeast Portland.

“My daughter is 10 years old, and we’ve seen her grow through a decade of Sunday Parkways,” said Dr. Manalo. “She started off riding in a bike trailer, graduated to a trailer bike, very slowly completing the route with training wheels, to now being a fully independent rider who sometimes speeds ahead of us!”

As presenting sponsor of Sunday Parkways, Kaiser Permanente and its employees put health and safety first, so Dr. Manalo says she especially appreciates how safe the rides are for families. “We have a sense of security riding on the routes with young kids, and not having to worry about cars. The community volunteers and neighbors we pass are always very welcoming. We’ve been able to explore and appreciate different parts of Portland, and the kids love the fun freebies along the way, like T-shirts and bike bells. They’re especially excited about this year’s scavenger hunt.”

While Dr. Manalo usually rides with her family, she often enjoys bringing friends along for the ride. “It’s been great to ride and hang out with friends, and take our lunch break together to sample some of the great food trucks along the way. I’ve often recommended the event to patients and colleagues, especially those new to the area. It’s a great way to get active on the weekend with family and friends.”

To make it easy for residents and visitors alike to join in the fun this weekend PBOT has created a detailed Sunday Parkways route map with all area bikeway routes and bus and light rail routes plus the BIKETOWN boundaries and stations to help area everyone get to Sunday Parkways by biking and taking transit.

This route highlights four Portland Parks including Laurelhurst, Ivon, Colonel Summers and Sewallcrest parks with activities, food, music, and community businesses and organizations to connect with at the event.  Find the list of music, food, community organizations, sponsors and scheduled classes and activities on our Southeast Portland Sunday Parkways webpage. 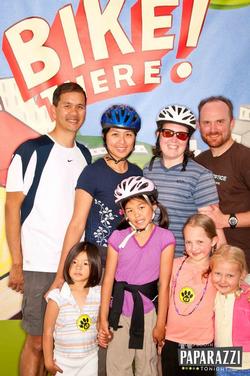 Sunday Parkways is a series of free community events opening the city's largest public space—its streets—for people to walk, bike, roll and discover active transportation. The events are beloved by Portlanders of all ages. Total attendance for the 10 years has topped 690,000 over 38 Sunday Parkways events. Residents and visitors say they come to enjoy the traffic-free streets connecting parks and schools filled with activities, music and vendors. It’s safe, family-friendly and a chance to meet neighbors. Learn more at www.portlandsundayparkways.org.