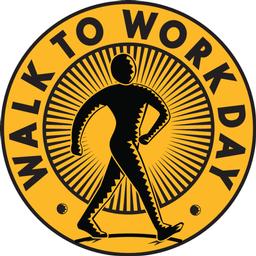 The Willamette Pedestrian Coalition is hosting walk-and-talks where you can meet your neighbors on a stroll into downtown. A light breakfast will be served at City Hall.

You don't have to walk all the way from your house to participate. If take transit, chances are that walking is already a part of your commute.

Meet up locations (check the web site for additions):

Walk & Roll Activities for Everyone

This weekend is shaping up to be a real winner.  First our never-fail meteorologists tell me that it's going to actually feel like spring.  Not "Portland spring" which actually feels like a fifth, as-of-yet unnamed season, but spring that we read about in books with sunshine and birds and short-sleeves!*

With sunshine in store for us, why not head over to the Safe Routes to School Spring Kick-Off? It's a great event with free food, fun, and activities for the whole family.  You can win a free bike and if you need a bike helmet, you won't find a better price in town.

Learn more about the event by clicking the flyer below. 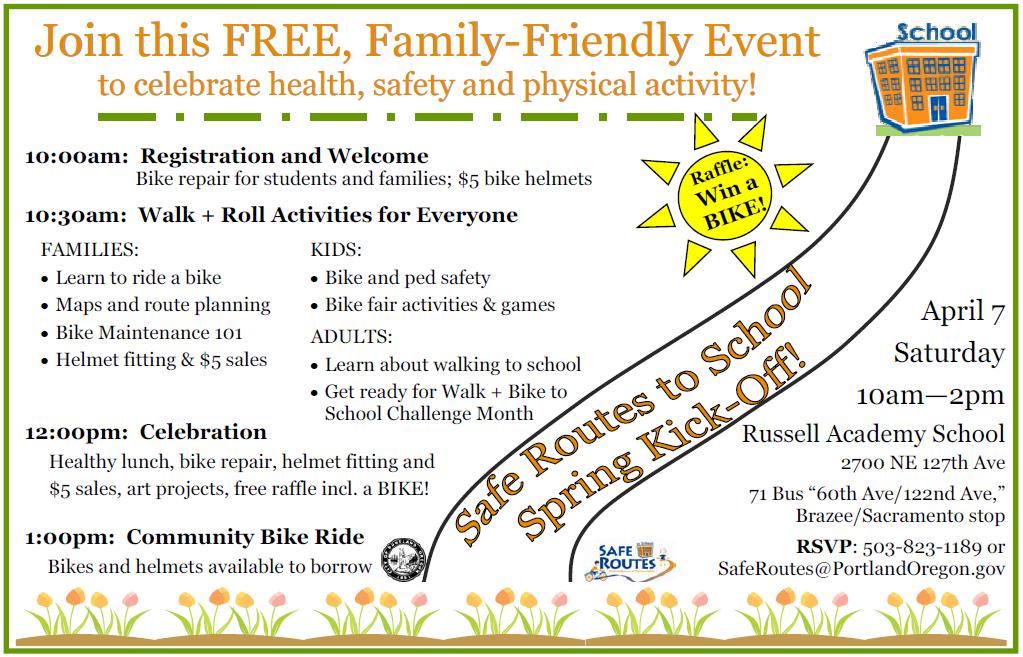 *Disclaimer: "Portland spring" is subject to dramatic, unpleasant changes without prior notice.

You're not a career politician owed favors by your congressional delegate.  You're not a super rich contributor to a political party.  So how do you get that coveted ambassador post you've always wanted (nay, deserved)?  Become a Transportation Options Ambassador! 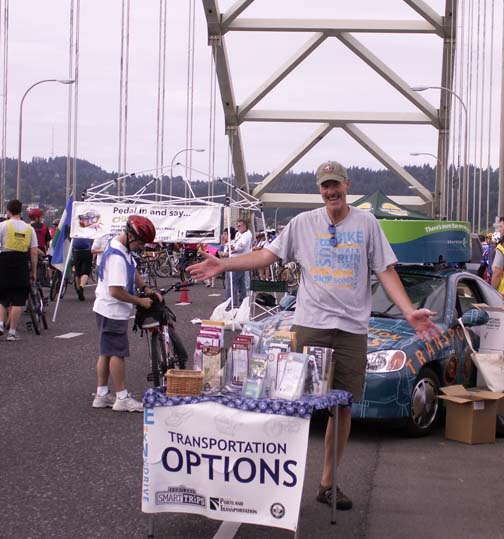 Ambassadors are amazing volunteers that represent the Bureau of Transportation and present information to encourage pedestrians, bicyclists, drivers, and transit riders to travel safely together.  As part of our SmartTrips program, Ambassadors will assist on guided Ten Toes Walks, Senior Strolls, and Portland By Cycle and Women on Bikes rides and clinics.  We also have opportunities for volunteers to help out with the Safe Routes to School program by fitting helmets, wrenching or outreach at events, and assisting on bike rides.  By being an Ambassador you will have a great time while seeing some of Portland's beautiful southeast neighborhoods.

We have a two hour training available on May 8th and May 16, 6-8PM, to prepare Ambassadors for the season.  If you are interested in becoming an Options Ambassador, please fill out an application.  If you would like more information, please contact Janis McDonald.  Looking forward to a great summer and who knows, your next stop may be the U.S. embassy in Paris... 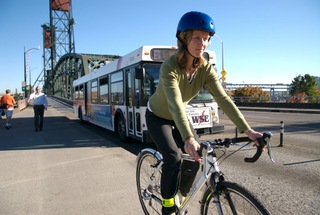 Now Ray is adding pedestrian rights and responsibilities to his lecture. The free clinic covers Oregon bicycle and pedestrian laws, insurance information and what to do if you're in a crash.

Participants can participate in a lively question and answer session and bike, walk or roll away with a free copy of "Pedal Power, a Legal Guide for Oregon Cyclists."

Please RSVP to Stephanie Noll at the Bicycle Transportation Alliance.

The clinic will be offered at the Bicycle Transportation Alliance office at 618 NW Glisan Street, suite 401 (use buzzer #41) on the following dates:

The news magazines 2nd annual ranking expands to outside downtown 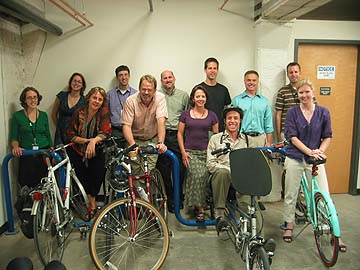