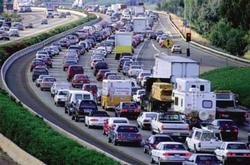 When the tomatoes in your garden are finally ripening, you know that September is near. And as September approaches, Portland and the rest of the state gears up for the Bike Commute Challenge.

Organized by the Bicycle Transportation Alliance, the BCC is a free event for employers in Oregon and SW Washington to challenge their employees and business peers to bike to work. In 2011, over 1400 workplaces and 12,063 employees participated in the month-long event.

If some of your co-workers arrive at work wearing a bike helmet, it's likely that your employer is already registered. If not, all you need is someone to register the team and become a team captain.

An employer can join as many leagues of the 74 leagues as they wish - and can create more.

Pro bike mechanics at three locations will work on your bike - for free!

On Friday 8/31 from 3 - 6pm and Saturday 9/1 from 9am - 2 pm, pro bike mechanics will be stationed at three places along the Going Street neighborhood greenway to help get your bike rolling - for FREE!  Three locations!

All you need to do is bring out your bike, enjoy a complimentary beverage and treat, and hang out for a few minutes while our mechanics show your bike a little love.  Your flat tires, dusty chains, and squeaky brakes will be a thing of the past!

Plus we'll have bike maps, cool seat covers to keep your saddle dry in the rain, and other resources to help you explore Going Street and all of the Portland Bureau of Transportation's neighborhood greenways. 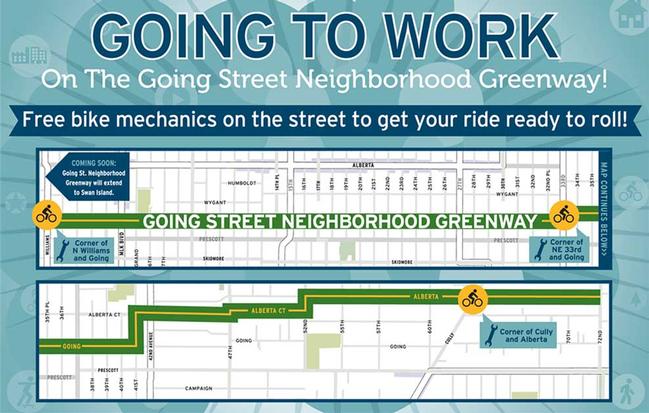 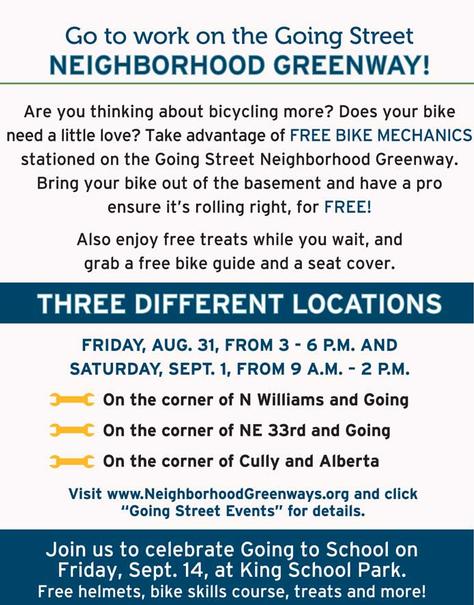