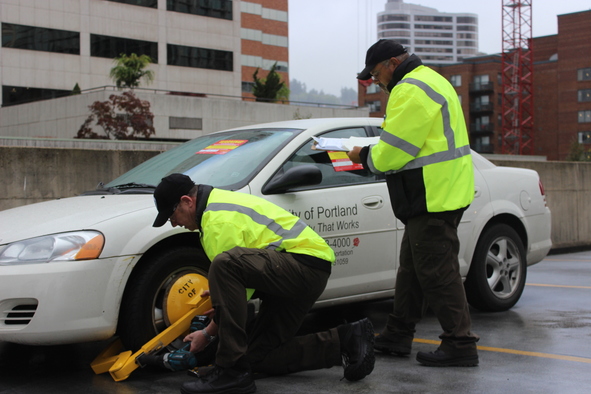 (Sept. 8, 2016) The Portland Bureau of Transportation advises the traveling public that the NE 33rd Drive Bridge will be closed from Saturday, September 10 at 6:00 a.m. through Sunday, September 11 at 11:00 a.m. to apply an epoxy overlay on the bridge’s concrete deck.

We ask the public to travel cautiously, observe all lane closures and directions by reader boards, and obey detours.

Due to the nature of this project, stalls and multiple floors will be closed throughout the duration of the project. Parking garage levels 9 and 7 will also be closed to public access for two weeks starting the last week of September. Additional SmartPark garages in downtown will be open during construction, including the garages at 3rd & Alder and 4th & Yamhill.

During the application of surface sealer to the garage floors there will be odors for a short time that should dissipate within a few hours. To mitigate the exposure to odors, the contractor will use fans, work at night and cover the garage’s intake grills. However, there may still be some lingering odors in the morning. The surface sealer will not have a hazardous effect to the public. However, the public is advised to stay away from the areas receiving the sealer between the hours of application (approximately 7:00 p.m. to 3:00 a.m.).

For additional questions about this construction project, please contact the City of Portland’s Bureau of Transportation at (503) 823-5185.

"PBOT believes that smart policy and programs start with the community," said Director Treat. "That is why we seek a diversity of voices. We want to better understand the people we serve and their concerns. The committee members represent a fantastic cross-section of Portland's transportation stakeholders. Their insights will be of tremendous value and help PBOT create projects and policies that serve all Portlanders."

In July, PBOT asked Portlanders interested in PBOT and transportation policy to apply for the committee. The bureau received over thirty applications and has chosen seventeen Portlanders to serve on the committee.

The members of the committee are:

The first meeting of the Bureau and Budget Advisory Committee will be September 15, 2016 at 4 p.m. in the Rose Room of Portland City Hall, 1221 SW 4th Avenue. The meeting is open to the public and interested Portlanders are encouraged to attend. After the initial meeting, the committee will meet monthly on the third Thursday of each month.

(September 14, 2016) Today, the Portland Bureau of Transportation (PBOT) announced the members of the Fixing our Streets Oversight Committee. The committee will play an important role in ensuring the accountability of the transportation safety and maintenance program voters created when in May they passed Measure 26-173, the four-year, ten-cent Portland gas tax. 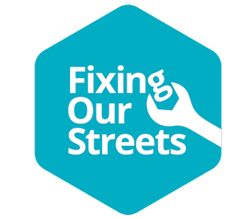 By ordinance, the Oversight Committee will:

The Oversight Committee's first meeting will take place on September 19th at 4 p.m. in the Rose Room of Portland City Hall, 1221 SW 4th Avenue. After this initial meeting, the committee will meet quarterly. All committee meetings will be open to the public.

Measure 26-173 is expected to raise $64 million over four years. The program’s project list includes paving, sidewalks, crossing improvements, neighborhood greenways, safe routes to school, high crash corridors, protected bike lanes and alternative street design that will have a significant impact on neighborhoods across Portland. The full project list and other information about Measure 26-173 and the Fixing Our Streets Program can be found at: www.fixingourstreets.com

The members of the Oversight Committee are: