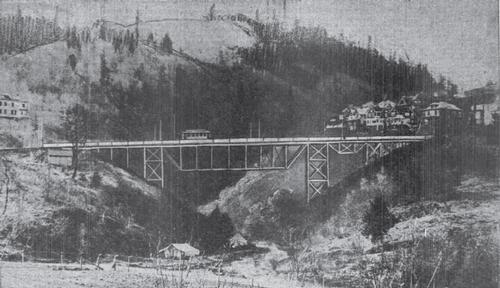 The Portland Bureau of Transportation is pleased to announce the successful completion of the award-winning NW Thurman St. Bridge Rehabilitation Project.

The 110 year-old Balch Gulch Bridge was built during the 1905 Lewis and Clark Centennial Exposition and World’s Trade Fair as a gateway to Portland’s developing Willamette Heights neighborhood.  As the oldest intact bridge in the region and one of only few remaining of its type in the entire nation, the pin-connected steel deck truss is a noteworthy historic and engineering treasure. In fact, Dr. Robert Hadlow, Oregon Department of Transportation Historian, espoused the bridge as “one of the most significant spans in Oregon.”

Given its age and condition, the Balch Gulch Bridge was in critical need of modernization and rehabilitation. Uneven wooden sidewalks caused pedestrians to trip and slip during soggy Portland days. Structural deck elements like wood stringers and deteriorating steel floor beams caused many potholes and cracks along the bridge deck surface, making for an unsafe and uncomfortable ride. Furthermore, because of the imposed weight restriction, fire trucks were unable to use the aging bridge and were forced to make a 1 mile long detour which added 4 minutes to their response time in the area. Additionally, TriMet public buses were forced to reduce their speed while crossing the bridge to preserve its serviceable life. 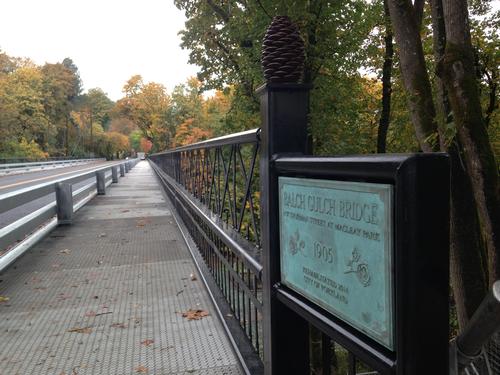 Considering the age of the bridge and its poor condition, it would have been so easy to replace it with a shiny new one. However the easy path was not chosen. Given its unique characteristics, its special place in Portland history, and its eligibility for the National Register of Historic Places, rehabilitation of the Balch Gulch Bridge was really the only viable option.

Federal-aid funds were sought and obtained to rehabilitate the bridge by replacing all components above the historic deck trusses. After a local agency match, the total project budget was approximately $4 million.

In order to adequately address the bridge deficiencies, replacement of all components above the trusses was required. This meant that the bridge had to be stripped down to its bones and rebuilt; a process that required and equal amounts of technical merit and caution.

The historic handmade & antique bridge was lovingly restored with a new sidewalk, deck and rail system. The riveted steel beams were replaced with modern replica versions. As a result, the weight restriction was lifted from the 110-year old bridge, the oldest intact span in Oregon.

The decision to preserve the historic bridge inspired the public and government agencies alike. It also inspired PBOT to set the following goals:

The success of the project has been recognized outside of PBOT. It has earned the following awards: 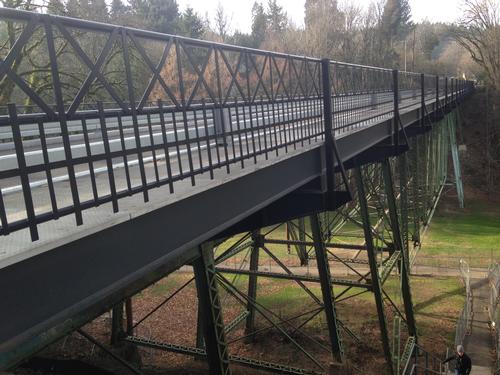