The East Portland Rapid Flash Beacon Project will improve pedestrian and bicycle crossing safety at 17 arterial intersections in outer eastside Portland. The project implements safety improvement recommendations from the East Portland in Motion (EPIM) Plan, adopted by City Council in 2011. EPIM is a five year implementation strategy for enhancing active transportation in neighborhoods east of 82nd Ave, which identified over 80 priority construction projects and programs. Funding for the Rapid Flash Beacon Project comes from a grant from the State of Oregon through Representative Shemia Fagan. 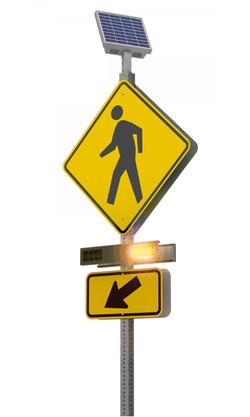 Phase II:  Constructed in the summer of 2015

This phase constructed12 new crossings with median islands or curb extensions that include rapid flash beacons:

Portland is a Vision Zero city (www.visionzeroportland.com). We believe the death or serious injury of even one person on Portland roadways is one too many. That’s why we are actively working to identify and improve safety in East Portland and across the city.

A map of completed and funded RFBs in East Portland.