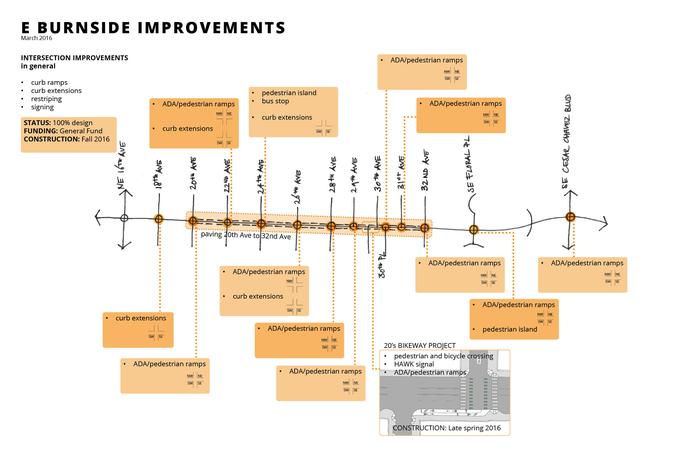 PBOT is improving East Burnside Street by adding the following elements in 2016:

PBOT considers East Burnside Street to be a High Crash Corridor, which prioritizes installation of safety projects on and near the road. From 2004 to 2013, 203 people were injured while traveling on East Burnside between 18th Avenue and Cesar Chavez Boulevard. The Vision Zero crash map identifies all crashes in Portland that resulted in injuries or deaths over this time period.

Portland City Council provided funding for the $2.5 million project in 2015 when it allocated a portion of general funds for road safety.