SE Ankeny is a popular biking route, with over 2,000 people biking along the route per day. Ankeny is classified as a Neighborhood Greenway; a street that prioritizes bicycling and has design features that encourage walking. In 2015, the Portland Bureau of Transportation evaluated our network of Neighborhood Greenways and identified operational improvements needed on SE Ankeny to address increased volumes and high motor vehicle speeds. 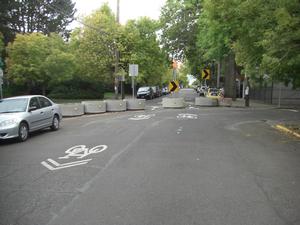 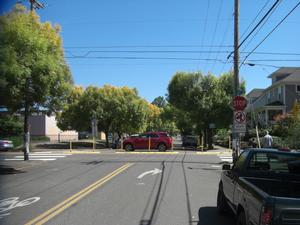 To date, the following improvements have been completed:

If you have additional questions, please contact me by phone at: (503) 823-5817, or email at: sheila.parrott@portlandoregon.gov.

Information collected in an online survey about the project elements.

Auto Traffic Volume Data: Before and After

Auto traffic volume data for before and after the Ankeny Neighborhood Greenway Project.