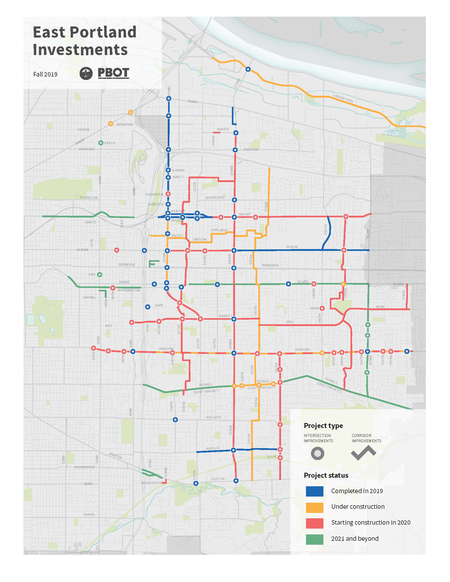 A transportation project that will provide workers and families of all incomes lower cost access to jobs, businesses and education opportunities by building and improving sidewalks, street crossings, bus stops, bikeway facilities and other safety improvements in East Portland.