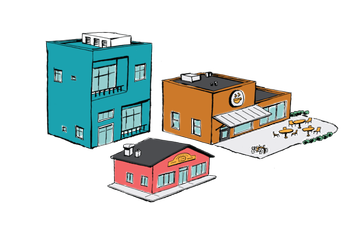 Whenever a new building is constructed in Portland, including a home, store, office, etc., the developer pays Transportation System Development Charges, or TSDCs. These are one-time fees paid by developers when they build something new. The fee covers part of the cost of building transportation facilities to serve development—things like roads, sidewalks and other facilities that get people to where they need to go. TSDCs also apply to redevelopment of existing buildings when that redevelopment will generate an increase in trips to and from the site.

What do the fees pay for?

Each project on the list that is prioritized for funding is expected to use a combination of TSDC funds plus other funding—from grants or other sources. TSDCs are just one tool that helps pay to construct Portland’s transportation system—along with federal and state grants, gas tax revenues, and other sources. On average, TSDC funds are expected to represent about 30% of total project costs, even if the legal eligibility is a higher percentage.

Recent projects that were built using TSDC fees include:

How do projects make it onto the TSDC project list? 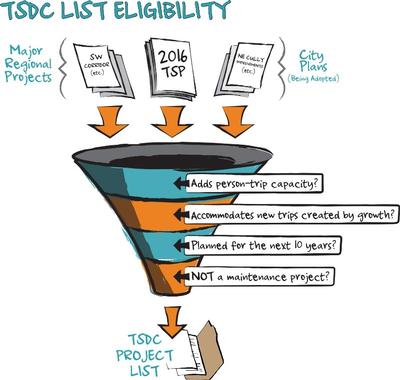 The current TSDC project list will fund projects between 2017 and 2027. It was developed by first looking at the TSP project list, and projects in other recently adopted plans or studies, and identifying those projects oriented toward accommodating development growth and improving travel. (By law, TSDC funds can only be used to fund construction of projects that add to the capacity of people to get around. They can’t be used on things like transportation studies or maintenance.)

City staff engaged with the public, stakeholders and technical staff to take that narrowed-down list of projects from the TSP list and further refine it to include a broad mix of projects that: 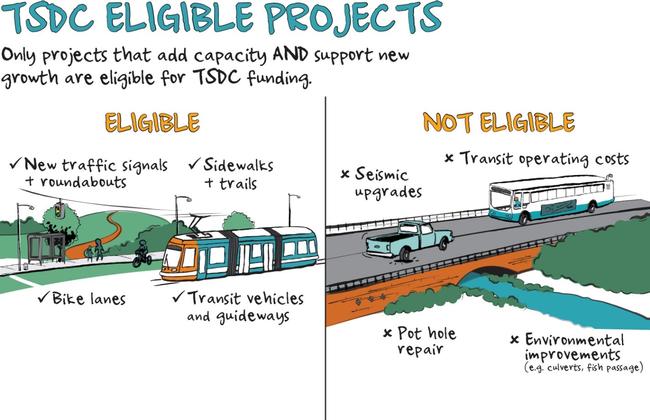 Projects on the TSDC project list are just a small subset of projects being built or planned for in Portland. Since TSDC revenues can only fund projects that “add capacity” to the transportation system, it doesn’t include things like preventative maintenance, fixing potholes, minor operational changes, etc. It also doesn’t include larger regional and state roadway or major transit projects funded through other sources, unless there is an expected local match from Portland.

You can see the full list [link to project list] and map [link to map] of TSDC projects.

Will all of the projects on the TSDC project list actually get built? 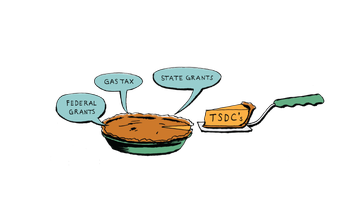 The TSDC project list represents the universe of projects that are legally eligible to receive TSDC funding. This list includes 169 total projects that would cost far more to build than the expected TSDC revenues could cover. It is not expected that all of the projects will be built over the next 10 years nor that any project would be fully funded by TSDCs. On average, TSDC funds are expected to represent about 30% of total project costs, even if the legal eligibility is a higher percentage. This approach provides the city flexibility to apply TSDC funds to leverage other funding sources – increasing the total number of projects built to serve trips generated by new development.

Projects will be prioritized for funding as part of PBOT’s investment strategy and annual capital improvement plan (CIP), beginning each September. The Bureau Budget Advisory Committee deliberates, reviews and approves the CIP (https://www.portlandoregon.gov/transportation/68958).

How can I find out about projects in my neighborhood?

PBOT publishes a report every year to show how much TSDC revenue was collected, and the status of projects being built from those funds.