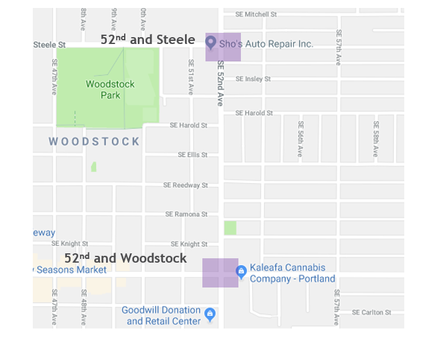 Today, traffic along SE 52nd Avenue backs up when people on SE 52nd Avenue attempt to make left turns onto SE Steele Street since there is no protected left turn phase (green arrow for left turns). To avoid these backups, people often choose to make their left turns in extremely tight gaps or backed up traffic will use the bike lane to get around people waiting to turn (which is both illegal and dangerous). To remedy this, 52nd Avenue and Steele will include a new traffic signal and protected left turn lanes, prioritizing traffic along 52nd and from the west side of Steele.