What happens when you combine a transit authority with hip hop? It turns out an infectious public service announcement encouraging and teaching all to bring their bikes on transit. 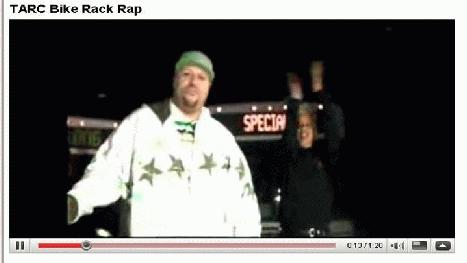 The director of marketing for Louisville, Kentucky's Transit Authority of River City (TARC), learned from survey results that young women were interested in bringing their bikes on transit but were intimidated and unsure on how to use the bus bike racks.

The director, Nina Walfoort, found inspiration from her daughter's collection of rap and R & B.

Since the video aired, transit ridership among cyclists has increased and many mild mannered viewers have reported to have spontaneously erupted in dance. Viewer beware!