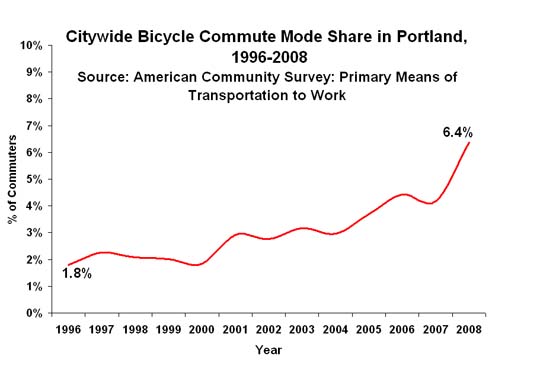 While transit and walking also saw significant increases (29% and 20%, respectively), the percentage of surveyed Portlanders biking to work jumped 52% to 6.4% of those surveyed. Portland continues to hold the highest bike commute rate among the nation's 30 largest cities.

In the coming month, the Portland Bureau of Transportation will release it Annual Bicycle Count reports for 2009.

Is there a website where we can see previous Portland Bureau of Transportation Annual Bicycle Count reports?

Yes, Bob there is. The link is actually in the posting: http://www.portlandonline.com/transportation/index.cfm?c=44671&