Here's another reason to consider taking transit instead of driving alone to work: your personal health.

We all know that walking is good for you. We've written before about how researchers found that New Jersey rail commuters were four times as likely to walk 10,000 steps a day than their drive-alone counterparts.

A study published in Environment and Behavior found that the blood pressure and pulse rate of those who drove increased while those who took the bus dropped slightly.

Here's a graph from the study that recorded participants systollic blood pressure before and after taking a two-mile trip by car or bus. 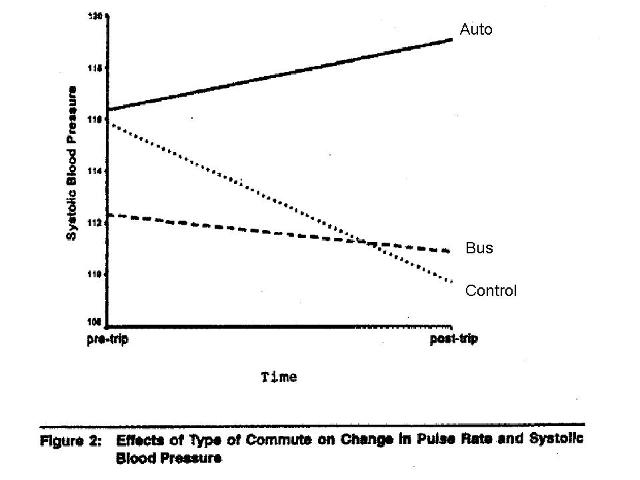