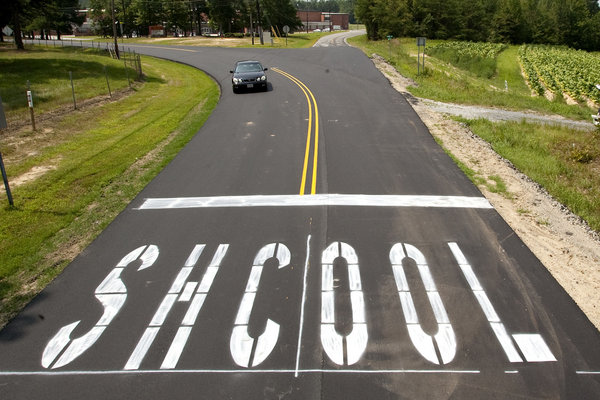 Well, here's something to make your old English teacher gasp in horror: A road contractor hired to paint the word "school" on a freshly paved stretch of road near Southern Guilford High School in North Carolina rendered the traffic area in question a "shcool" zone.

But fear not for the (surely confused) youth of Greensboro! The contractor, a company called Traffic Markings, has already corrected the error, the local Fox TV affiliate reports.

This isn't the first such mishap on record. Last year, for instance, a Miami-area road crew offered the variant spelling of "scohol," while in 2007, a team in Kalamazoo, Mich., managed the same "h" and "c" reversal.

Chalk it all up to a bad day's wrok.