Since 2001, the Portland Business Alliance has conducted a census of central city employers. Of the many questions that are asked, one is the commute choice of employees.

Their census shows that more and more central city commuters are switching from driving alone to other less expensive, healthier choices. The biggest increase is in bicycling: in 2001 only 3 percent of respondents bicycled to work. By 2009 this figure had more than tripled to 10%. 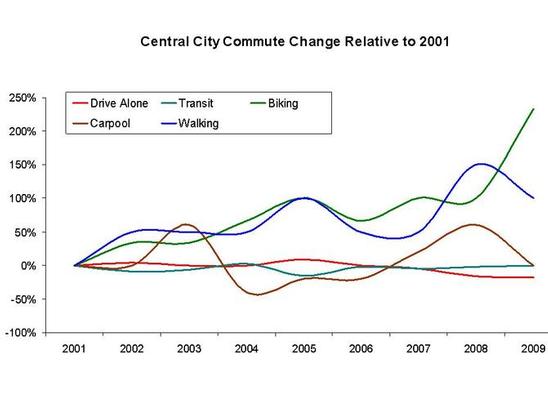 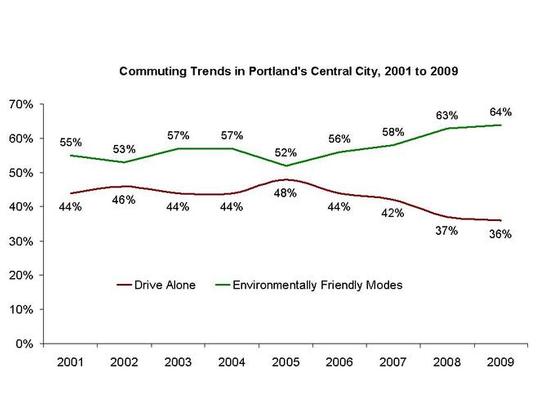 And here's one more: 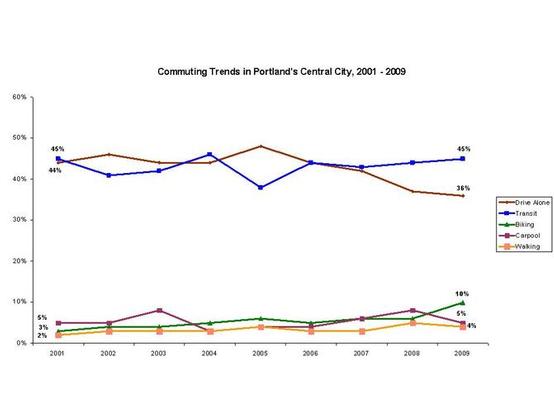