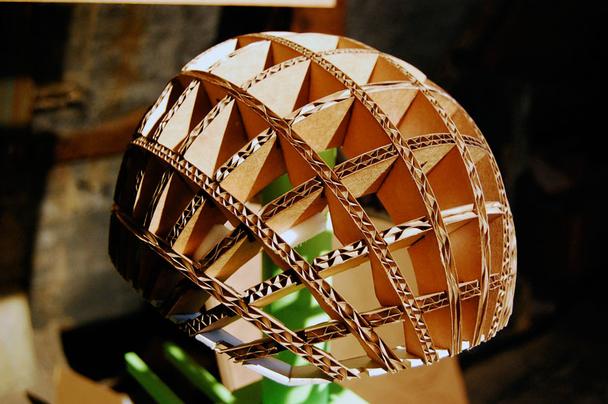 through his research, rao found that expanded polystyrene has been used to create bike helmets for the last few decades, and there has been little in terms of safety over the years. on average, helmets protect your head only 16 percent of the time during a crash, giving us the false implication of safety. polystyrene does little to absorb impact energy. instead it distributes it over the head. typically in helmet design, more emphasis is given to styling and aerodynamics. however, while cycling through a busy city an average speed of 12 mph, safety definitely becomes more important than aerodynamics.

so, rao asked himself, 'why is this unsustainable, non-recyclable material, largely focused on aesthetics being pushed into our lives to promote safety?'

read the rest at http://www.designboom.com