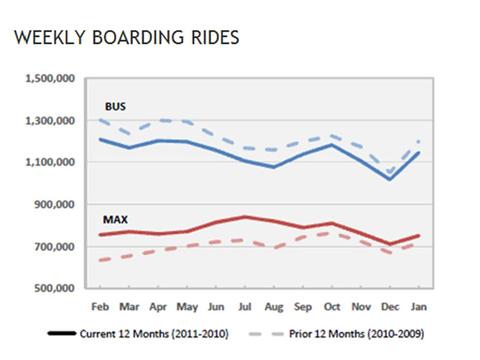 TriMet recently instituted a handy performance dashboard for the public to quickly assess how the state's largest transit agency is doing.

According to TriMet, the decline in bus ridership is due in part to the continuing weak economy, the 7.3% reduction in service levels, and the sunseting of fareless square. 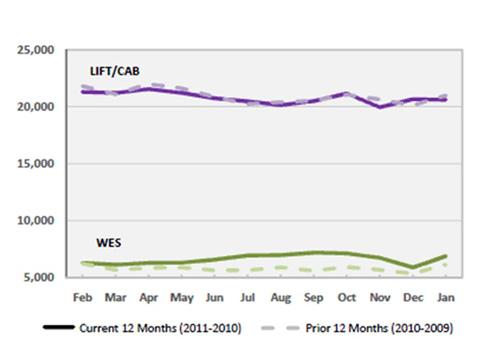