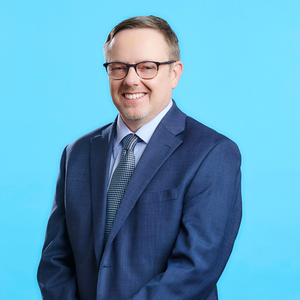 Chris Warner joined the Portland Bureau of Transportation (PBOT) in fall 2016 as the Assistant Director. In June 2019, he was appointed the bureau’s Director. With over 900 employees and a half a billion dollar capital and operating budget, PBOT is one of the largest bureaus in the City of Portland. Responsible for 11.5 billion in assets, the agency manages and maintains Portland’s transportation system and helps Portlanders get from place to place safely, easily and sustainably. Under Warner’s leadership, PBOT is dedicated to efficiently maintaining Portland’s transportation infrastructure, achieving the Vision Zero goal of eliminating traffic fatalities and enhancing Portland’s high quality of life as the city continues to grow and prosper.

Warner brings over twenty years of public sector management and transportation policy expertise to his position. As a policy and legislative expert, he has served at the local, state and federal levels and has played a leading role in many of Oregon and Portland’s most consequential transportation policy initiatives.

Immediately prior to joining PBOT, Warner served as the Chief of Staff to City Transportation Commissioner Steve Novick. In this position, Warner guided Portland’s adoption of Vision Zero, the launch of BIKETOWN and the path-breaking overhaul of Portland’s private-for-hire regulations. He was also a key strategist in the successful adoption of Fixing our Streets, a local transportation funding initiative that supports $74 million in street repair and traffic safety improvements.

In addition to Governor Kulongoski and Commissioner Novick, Warner has held senior management and policy positions with US Senator Ron Wyden and Multnomah County Commissioner Loretta Smith. He also worked on transportation issues for US Representative Peter DeFazio.

A native Oregonian, Warner graduated from the University of Oregon with a degree in Journalism. When not working, Warner enjoys spending time with his wife State Representative Barbara Smith Warner and their two children, exploring the natural beauty and cultural treasures of Oregon. He has been known to cheer on the Oregon Ducks during football season.