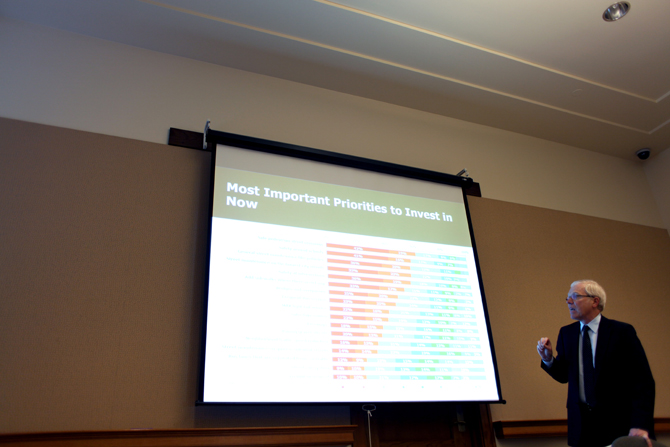 Adam Davis of DHM Research reviews the results of a recent transportation survey.

Key findings from the survey conducted by DHM Research include:

“Safety is our top priority and this research demonstrates our alignment with the public,” Transportation Director Leah Treat said. “Our education efforts, engineering work and enforcement campaigns are steering us in the right direction. But with traffic fatalities on the rise, we must do more to ensure everyone is safe onPortlandstreets, whether they’re walking, biking or taking public transit. The bureau’s continuing dialogue with the public will make sure we turn the corner.” 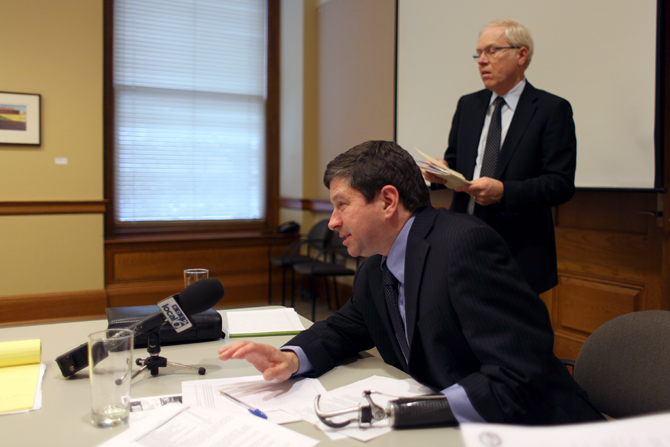 From Jan. 16 to 21, DHM Research conducted a survey of 800 Portlanders to assess their perceptions of the city’s transportation needs.  The survey, combined with extensive public outreach will help the city develop a response to longstanding transportation maintenance and safety needs.  Starting today, members of the public will be able to take the survey online by following a link from the project web page: www.ourstreetspdx.com.

Novick and Treat joined Adam Davis of DHM Research for a presentation on the findings at a news conference on Monday at Portland City Hall. Davis noted a number of interesting comparisons between the current survey and a similar survey completed for the City of Portland in 2007.

“Public concern about pedestrian safety has grown significantly,” Davis said. “We expected maintenance and safety to be top concerns, as they have been in the past.”

In 2007, about two out of three people said more crosswalks on streets with bus and transit stops would increase their support for funding. Now, more than eight in ten say the same thing. By contrast, feelings about the need for long delayed maintenance that will reduce the future costs of road and bridge repairs have remained steady at three-quarters support.

Mayor Charlie Hales and Novick convened a Transportation Needs and Funding Advisory Committee in January to advise the commissioner on a transportation funding package. The committee helped draft the language used in the telephone survey.

The meetings will start with an opportunity to give input around desired transportation improvements, followed by a presentation on transportation needs and possible solutions. Members of the public can contact Mark Lear at (503) 823-7604 or mark.lear@portlandoregon.gov for more information.

For more details on the survey, members of the news media can refer to the transportation survey report by DHM Research and Monday’s presentation by Adam Davis. 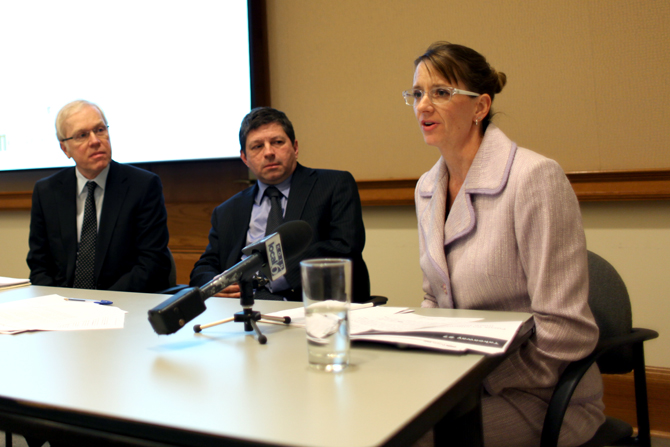 Leah Treat, the director of the Bureau of Transportation, said safety is a top priority for the public -- and the Bureau.