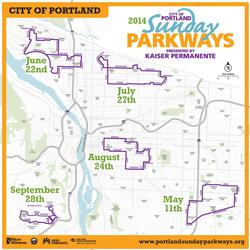 This year’s Sunday Parkways will open on Mother’s Day and continue once a month until September, 11am-4pm. Here’s the full list of dates not to miss:

Prepare yourself for another awesome year of fun, community connectivity and movement. Stay tuned for upcoming details!!