Since installing its first bike corral back at old Civic Stadium in 2004, the City of Portland Bureau of Transportation’s (PBOT) on-street bicycle parking program has grown considerably.  In October 2013, PBOT celebrated its 100th bicycle corral installation at the New Seasons Market on SE Hawthorne and 41st.  Since then, PBOT has installed five additional corrals, all requested directly by businesses owners or developers, including the first corral in Southwest Portland outside of downtown.

Bicycle corrals provide efficient use of the street for bicycle parking in areas with high demand. Corrals typically can park 12 to 24 bicycles in the same space as one to two cars, free up congested sidewalks, and improve visibility at busy intersections for those on foot or behind the wheel.

In November 2013, PBOT installed its 103rd bicycle corral in front of Elephant’s Deli on SW Corbett Ave, the first bike corral in Southwest Portland outside of the downtown area.  In addition to bicycle parking provided on-site at the new restaurant, Elephant’s also elected to pursue a bike corral installed right at the front door for customers.  PBOT worked with the new development’s project manager to schedule the installation soon after the cafe opened its doors.  Several other new developments have worked with PBOT to install bike corrals just as they have opened for business.

In addition to the Elephant’s SW Corbett location, PBOT has recently installed new bicycle corrals at these four locations:

Learn more about about getting a City bike rack installed and bicycle parking corrals on PBOT’s webpage. 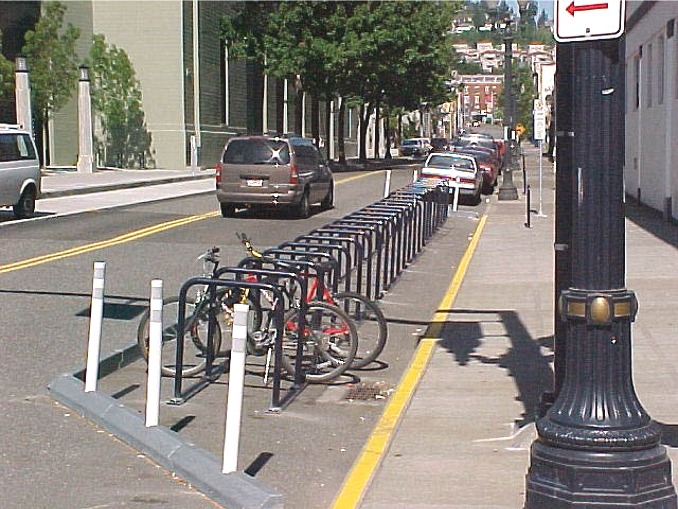 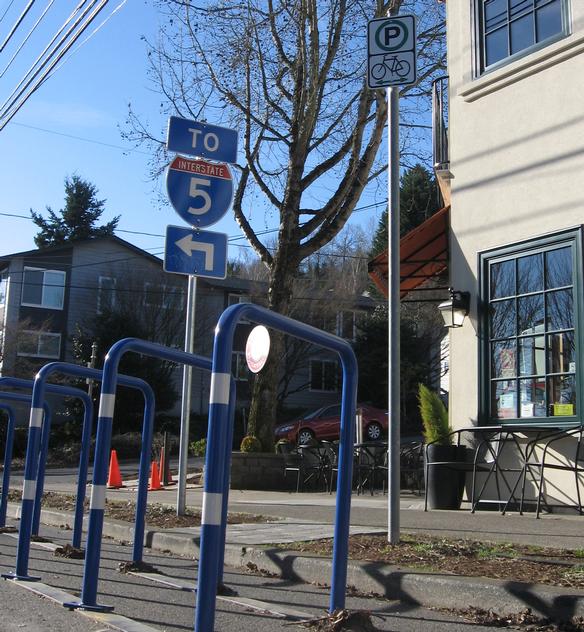 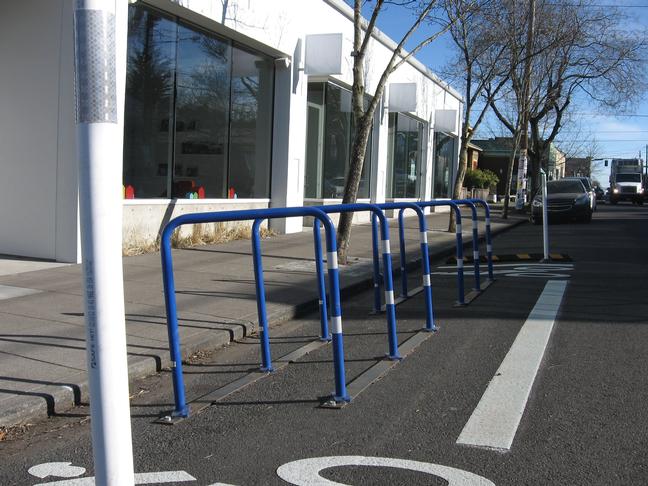 New bicycle corral on NE Alberta at 14th Ave. The developer of this building paid for the bike corral before tenants opened for business.