(August 7, 2014) -  Major changes to improve safety for all travelers are coming this fall to North Williams Avenue, a corridor that serves a growing neighborhood as well as being a popular commuting route for vehicles, bicycles and transit between downtown and North Portland.

The project was developed in 2012 after a 16-month public involvement process that addressed community concerns over development and traffic safety.   A$1.5 million grant received in 2013 from the Oregon Department of Transportation is funding the improvements, which will extend from NE Broadway to N Killingsworth Street.

The project creates a new street design that eliminates one travel lane and provides a new, buffered bicycle lane on the left side of the street to reduce conflicts with buses; improves crosswalks for pedestrian safety, reduces the speed limit and also creates a new traffic signal at the busy N Cook Street intersection.

Construction is anticipated to begin in early September and be completed within three months.  Construction mainly consists of restriping the street and crosswalks, installing curb extensions, and the traffic signal.   More details are available at northwilliamssafety.org, and this map. 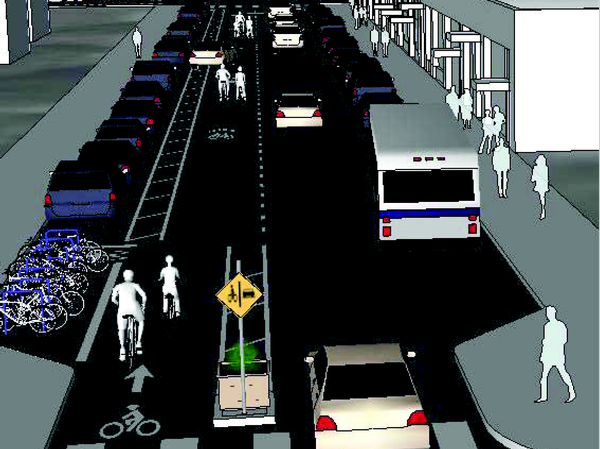