(September 2014) -  As part of the intial construction of the N Williams Safety Project will be traffic calming on NE Rodney Ave to discourage potential non-local traffic from using NE Rodney as a neighborhood cut-through route.  This includes speed bumps on NE Rodney between NE Alberta and NE Broadway and a diagonal diverter at the intersection of NE Rodney and Ivy.

The diagonal diverter will create a physical barrier from the NW to SE corners of the intersection which will restrict traffic movements to left turns only.  This will preclude the ability of traffic moving between NE Fremont and N Williams from using NE Rodney as alternative cut-through route.

The intial installation of the diverter will be a test to ensure it functions as intended.  The City will monitor traffic patterns during the test and continue discussions with the Eliot Neighborhood Association and through public involvement for the Phase II NE Rodney Bikeway Project this fall and winter to assess if the test is successful or whether changes are needed. 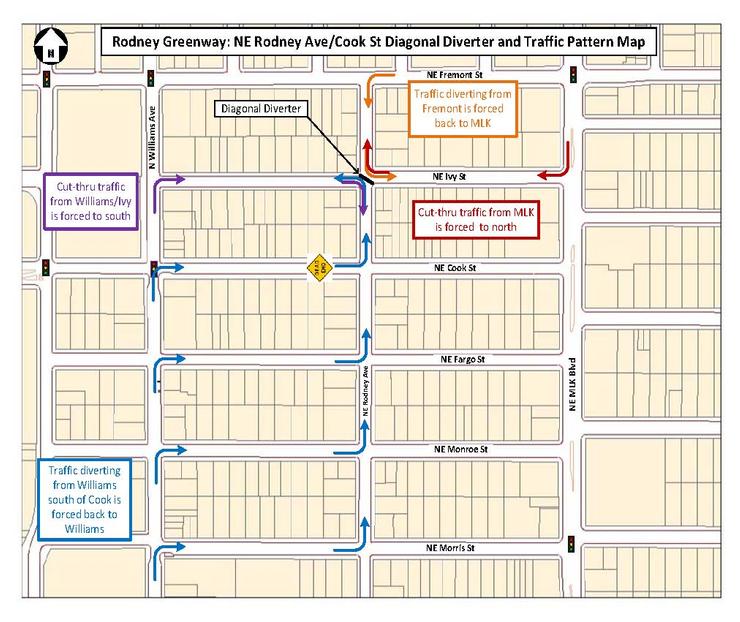