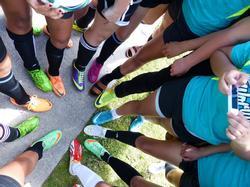 One Ball. One Game. Just 22 players on the field… and 265 million players across the globe.

There is a no doubt about it. Soccer is a global sport. Here in Portland, it offers a special opportunity to bring New Portlanders from across the world together to build a future in their new home through this Parks & Recreation Program. Sunday Parkways is happy to partner with the Parks for New Portlanders program in bringing the World Soccer Tournament back to Sunday Parkways for a second year. 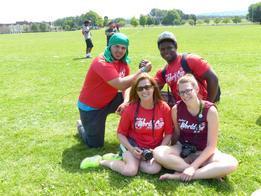 In 2014, in its fifth year of operation, the Portland World Cup Soccer program showed its diversity by engaging kids from 22 countries who speak 26 languages. In total, the program has reached 2,000 youth and more than three dozen under-served, under-represented and low-income communities. This year, players come from Mexico, Iraq, Congo, Somalia, Senegal, Eretria,  Bhutan, Burma, Togo, Afghanistan, Ethiopia, Russia, Ukraine, Iran, Saudi Arabia, Iraqi-Kurdish and more. This soccer tournament not only celebrates the journeys of each participant. It also is a celebration of us all, no matter when we first called Portland home.

Come out and support these amazing youth at the Bloomington Park soccer field!

There will be two exciting games. The first game will start at 11: 00 am with the girl's tournament: Racers vs Aztecas.  It will be followed by the boys tournament at 12:00 pm: Eagles vs. IRCO.

For more information on this inspiring group, click here:

If you would like to learn more about the Parks for New Portlanders Program, get in touch with Program Coordinator Som Nath Subedi at: