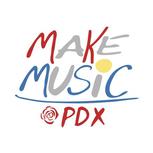 Make Music PDX is a celebration of music of all genres played by and enjoyed by people of all stripes.  There will be music from Alternative to Bluegrass to Classical to Zydeco.  Portland will be joining over 725 cities around the world to celebrate Make Music Day on June 21, with 60 different performances in 15 different venues, including two at Sunday Parkways locations: McCoy Park and Arbor Lodge Park. All events are free and open to the public, and most a 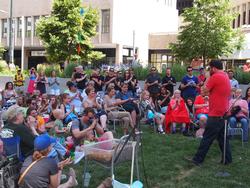 re outdoors. More information about Make Music PDX is available at www.makemusicdaypdx.org.

Make Music PDX is an outgrowth of the Fete de la Musique, which originated in France in 1982.  The event began as a call to musicians in Paris to get out in the streets on the Summer Solstice, June 21 and play their music.  It has since spread and has a large footprint, particularly in Europe and parts of Africa, but also in more than 20 cities in the U.S. including New York, Boston, Austin, Seattle, Philadelphia and Chicago — and for the first time in 2015, Portland. In 2014, over three thousand concerts were held across the U.S. on Make Music Day.

More information about Make Music Day PDX is available at www.makemusicdaypdx.org and www.facebook.com/MakeMusicPDX.