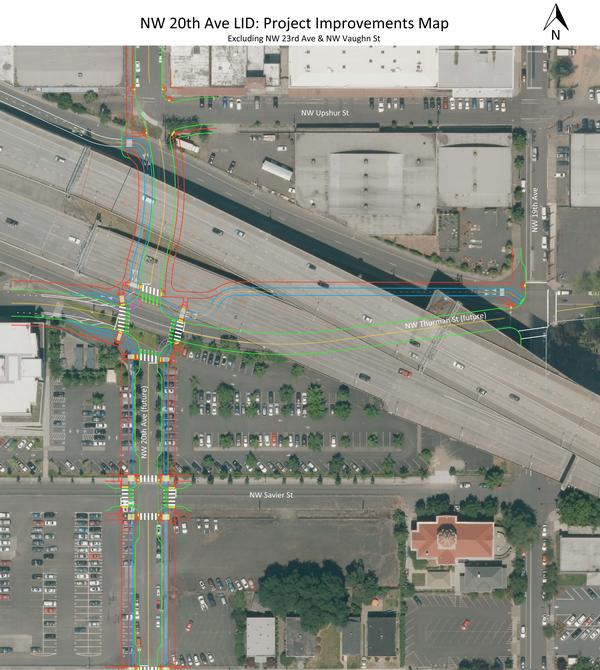 This project will reconnect the Slabtown neighborhood and NW Portland by extending NW 20th Avenue and NW Thurman Street. This will create a new intersection and a new, more efficient, route for people driving and walking in this growing area. This project is funded by a $7.5 million local improvement district (LID) funded by participating property owners in the area. 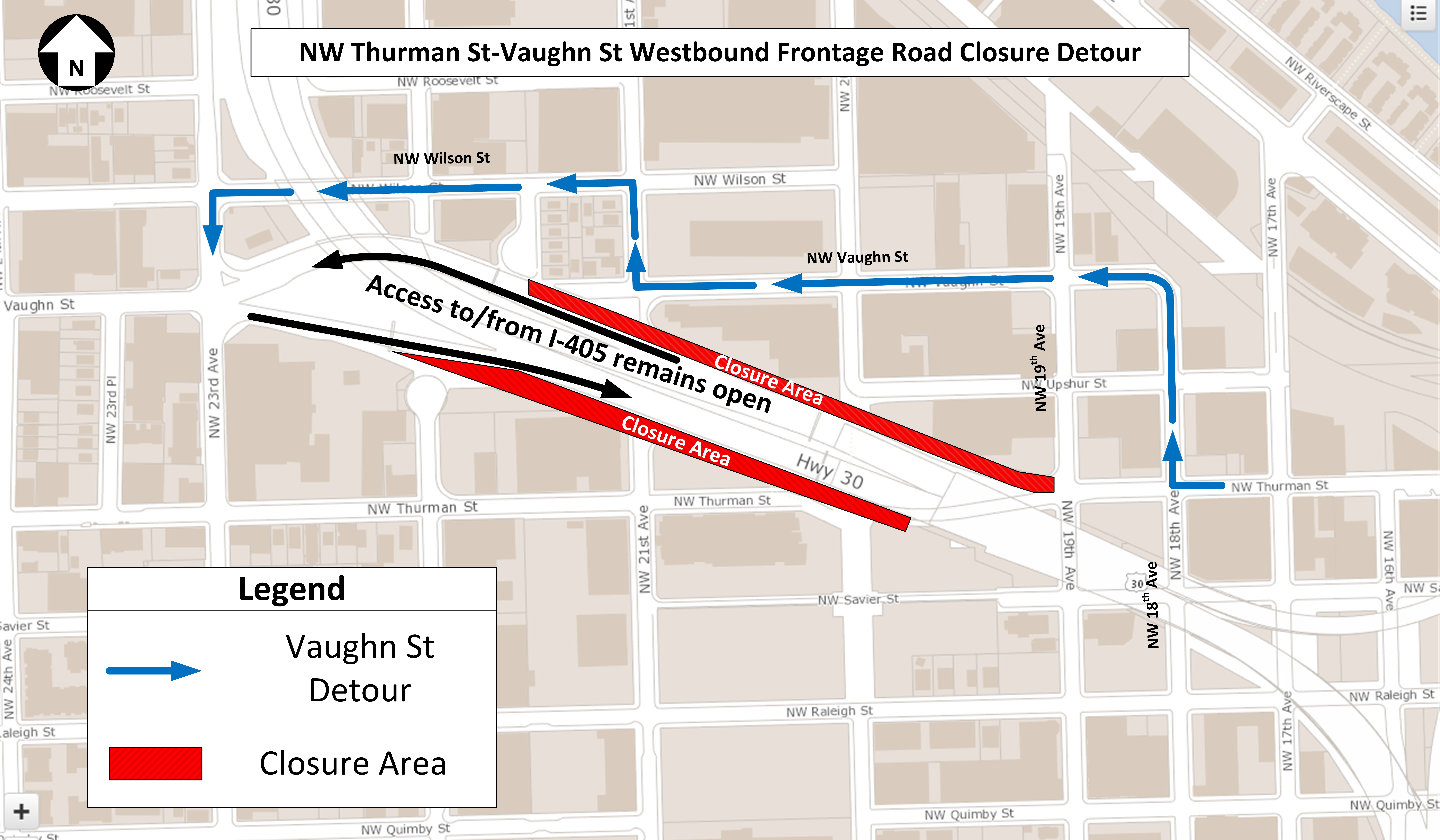 Turn on of new traffic signal scheduled for the night of February 12-13, 2020

Property owners are funding this project. If you have any questions about this project, please contact Local Improvement District Administrator and Project Manager Andrew Aebi.

The City of Portland complies with all non‐discrimination, Civil Rights laws including Civil Rights Title VI and ADA Title II. To help ensure equal access to City programs, services and activities, the City of Portland will reasonably modify policies/procedures and provide auxiliary aids/services to persons with disabilities. Call 503-823-5185, TTY 503-823-6868 or Oregon Relay Service: 711 with such requests, or visit http://bit.ly/13EWaCg