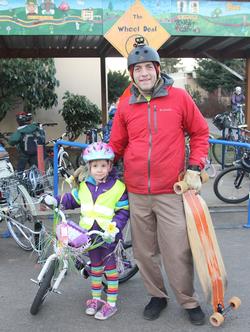 Portland Safe Routes to School (SRTS) first developed programming in 2000, when the national conversation began with the funding of the Marin County (California) program and the formation of the Oregon Walk + Bike to School committee.

In 2003, the Portland Community and School Traffic Safety Partnership was established within the City of Portland. Safe Routes to School is one part of this community-based, coalition-led effort to improve traffic safety in Portland. 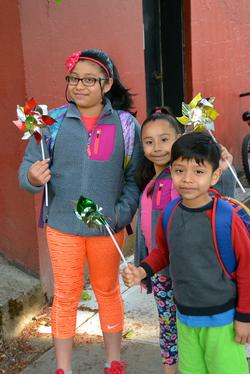 and Evaluation) pilot project, beginning with partnerships in eight schools across three school districts (Portland Public, David Douglas, and Parkrose). Safe Routes now serves almost every elementary and K-8 school in the City, providing encouragement service to over 80 schools in five school districts (adding Reynolds and Centennial to the list). Safe Routes has completed engineering plans at 28 of these schools and 40 schools receive education services each year.

During the 2013-14 school year, Safe Routes began to increase outreach to middle school students in 6th to 8th grade as part of a three-year grant from Oregon Safe Routes to School.

To read more about our program, check out our brochure or latest newsletter, both available for viewing as a PDF.