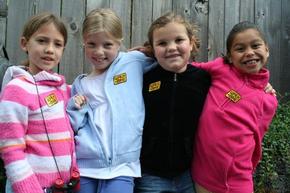 Since its inception in 2005, the Portland Safe Routes program has made impressive gains in increasing the number of students walking and biking to school. Starting with eight elementary partner schools in its first year, the program has expanded and now serves over 100 elementary, K-8 and middle schools across 5 school districts. The program will pilot its first high school programs this year in partnership with OPAL Environmental Justice Oregon. These efforts have yielded impressive returns - today, 43.6% of trips to school in Portland are active ones, an increase of 35% from when the program began. Thanks to the Safe Routes program, trips to school in Portland are on foot 33% and on bike 9%, compared to 12% walking and 1% biking rates nationally. 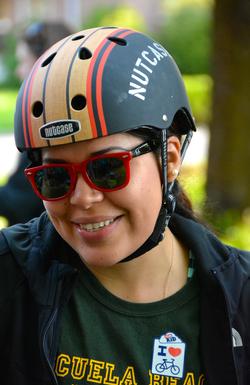 Portland’s Safe Routes program is funded primarily from PBOT’s Traffic Safety Account, which is a dedicated account for traffic safety efforts funded by the portion of traffic fine revenue the City receives. The program has also been successful in securing increasingly scarce federal and state grant dollars.

This funding covers three staff at PBOT that work to encourage walking and biking and bus use at the school level, running encouragement programs and providing volunteer training and technical support across all partner schools. This team also evaluates the program’s effectiveness with a twice-yearly annual survey to families and produces and distributes resources such as Family Friendly walking maps, guides to biking with kids, and incentives for students participating in Walk + Bike to School Day and Walk + Bike Challenge Month.

The Safe Routes program has an even more limited capital budget. The program relies almost entirely on federal grant funds and partnerships to deliver needed safety improvements to improve the travel environment around schools for students and families.