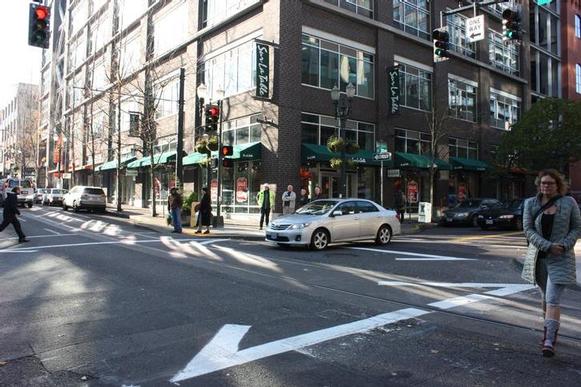 A pedestrian scramble, also called a “Barnes Dance” after 20th century traffic engineer Henry Barnes, is an intersection where motor vehicle traffic halts and pedestrians are given priority. During the scramble, people may cross the intersection in all directions – including diagonally. The intersection of NW 11th and Couch is one of the most heavily used pedestrian crossings in Portland, in addition to being along the A Loop, B Loop and North/South Streetcar lines, making it highly suitable for a scramble crossing.

The pedestrian scramble intersection at 11th and Couch consists of three phases: 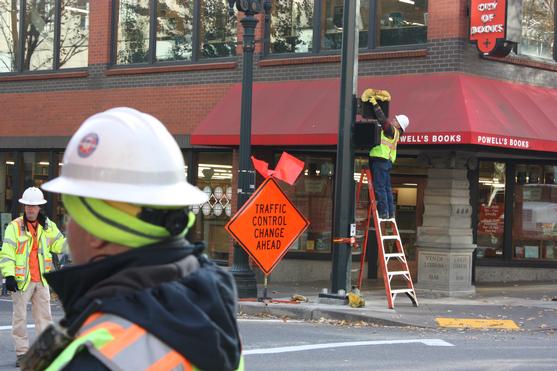 A “Portland-style” event to celebrate the opening of the City’s first scramble crossing is scheduled for Dec. 5. Details are forthcoming.

In total, five new signals will be installed in the Pearl and in Old Town Chinatown. The $2.4 million in signals is being paid for with urban renewal funds from the Portland Development Commission and PBOT System Development Charges, which come from real estate development.

The Portland Bureau of Transportation asks the traveling public to be mindful of others and obey all traffic signs and signals and to use caution when crossing streetcar tracks.